Heinz Georg Erbhäuser must have adored Prince Regent Luitpold when he invented this cake in the Prince’s honour because this was not a straightforward bake. Now I admit fundamentally there is nothing complicated here – a bit of genoise sponge (well 7 layers of sponge), sandwiched between chocolate butter cream and covered in chocolate is surely not a challenge, but lordy lord did this one take a long time.  And I was most conflicted because it was a sunny day and the garden beckoned.  I genuinely thought having started at 10 am I would be done by about 1 pm  at the latest.  My project management skills are rubbish because I was still fiddling around at 5 pm, with a few tea breaks in between.

I posted the background to this bake a few days ago which you can find here.  Since then I have learned that there is even a British angle to this cake in the form of Prince Regent’s Luitpold’s daughter in law, who was a Jacobite Queen.  The Jacobites are pretenders to the British throne dating back to 1689 when we kicked James II out of the country for all the wrong modern reasons (we didn’t like his religion very much – Catholics still can’t be a British Monarch since then), but also for all the right modern reasons (supremacy of parliament and people over the king – our so called Glorious Revolution which many historians credit as the stimulus that led to the march of the British across the world for the next 250 years.

Enough of my history geekery and back to the cake.  What was so hard?  Frankly just the number of processes and the fiddlineess of the whole thing.  Added to that the cake stands or falls from a looks perspective by the perfection of the chocolate cover – something which is very hard to get perfect as you can see. 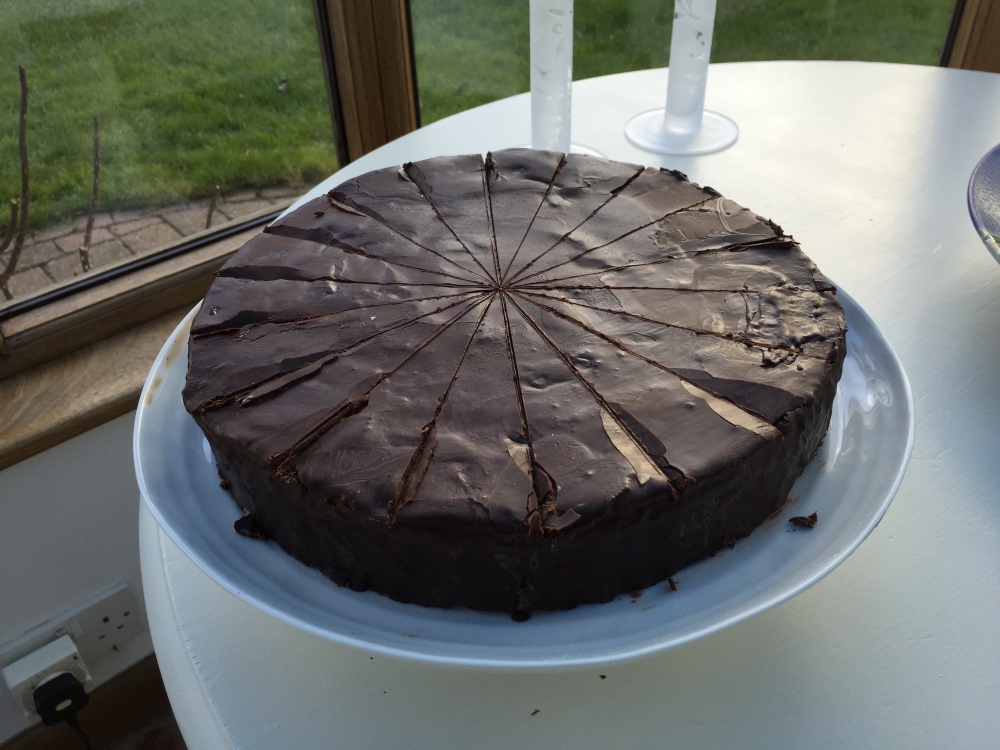 There were a few surprises though.

The result though?  Absolutely delicious  even though the chocolate cover could have looked better, and the layers came out beautifully.  It is very much a cake to have with tea and coffee, and has a very intense chocolate taste without being over powering, and the German buttercream really makes for a different cake experience.

There are a few things I would do differently, mainly concerning the cover, and these are captured in the method down below along with a few tricks. It may also be worth assembling the cake on a thin cake board and then cover in chocolate, making it much easier to handle. You will also notice   I was a little obsessive about getting even portions of batter and buttercream so each layer was even.  However it was all worth it in the end, and all I can really say is:  give this one a go.

The Recipe …all the way from Bayern

For the Genoise Sponge Layers

For the Chocolate German Butter Cream

For the Chocolate Cover

Using a 26cm springform tin, mark out a circle on 7 pieces of baking parchment.  Mark out using the outside of the tin – why will become clear later, and use baking parchment not greaseproof paper. 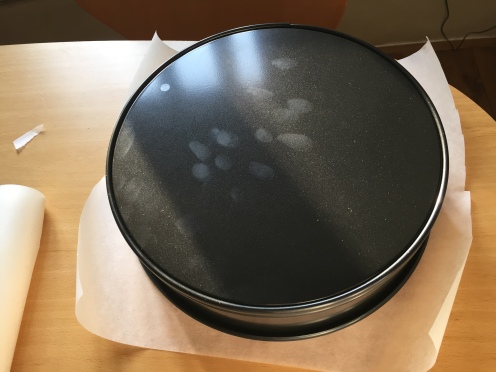 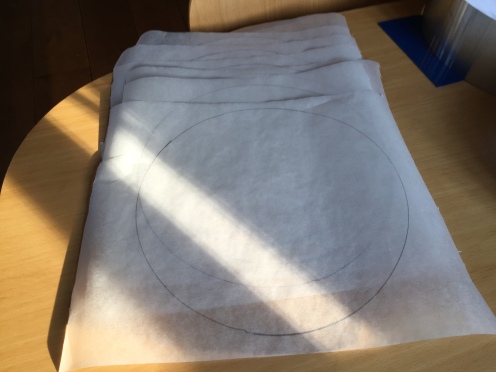 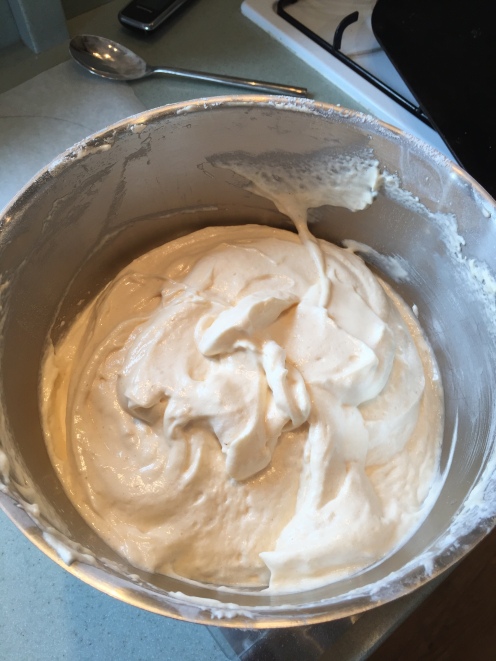 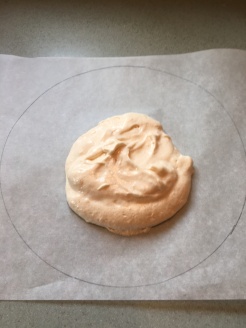 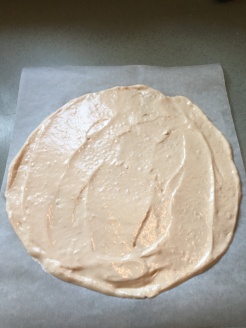 Once finished you need to stack them and weigh them down (to make them even in depth). 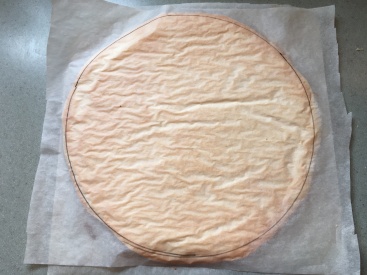 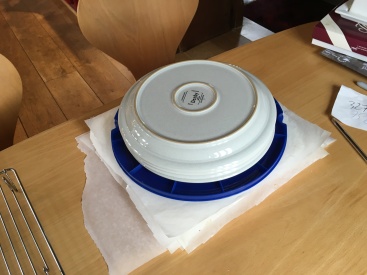 German Buttercream involves making a stiff Creme Paitissiere, creaming butter and sugar together (in the traditional UK/US butter cream method), and then whisking the two together.  It is vital the creme pat and butter are the same temperature when you combine them so don’t hurry 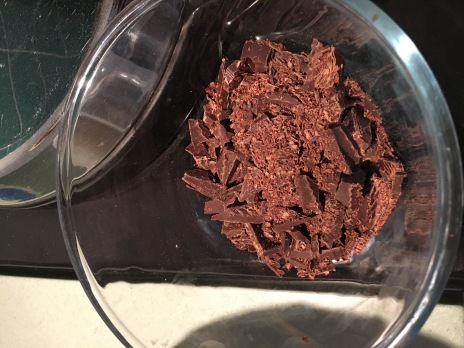 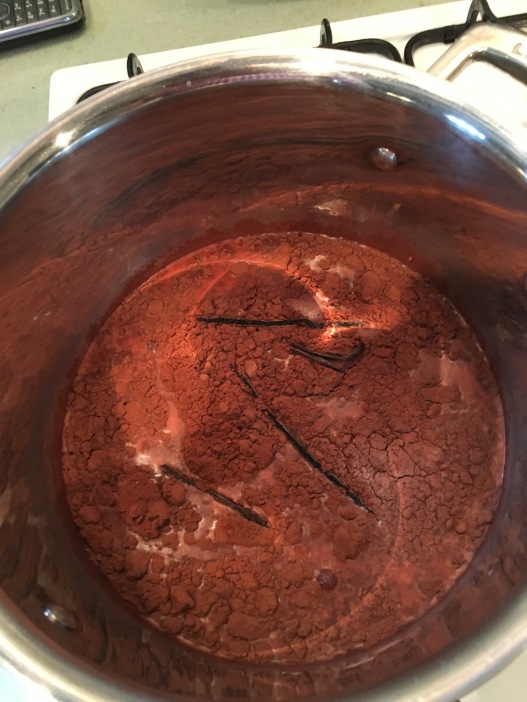 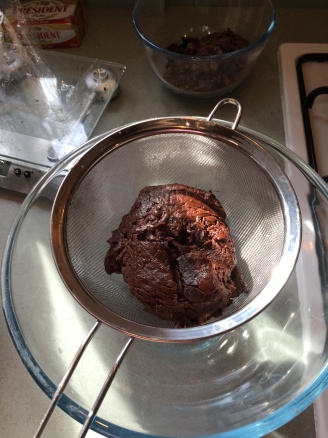 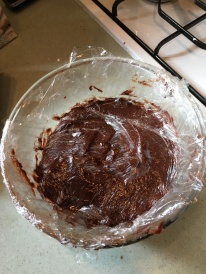 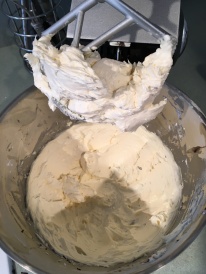 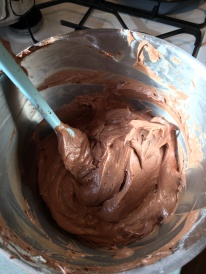 First trim your sponges to the same size and then build the cake with the butter cream.  The sponge layers need to be handled carefully but are more resilient than I expected. 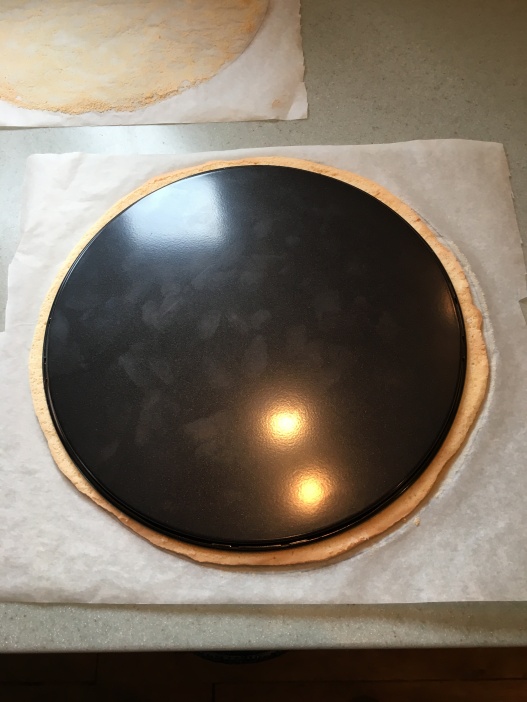 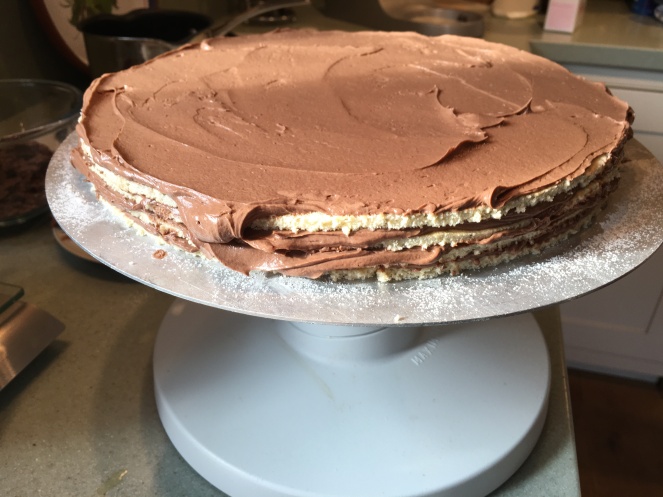 For the chocolate cover

The key here is trying to get as smooth a cover as possible. here are a few things I think I would do differently

Here is what to do 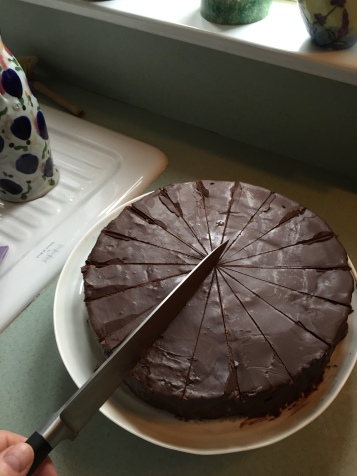 Leave it for a day.  This torte improves with being set aside for a while. 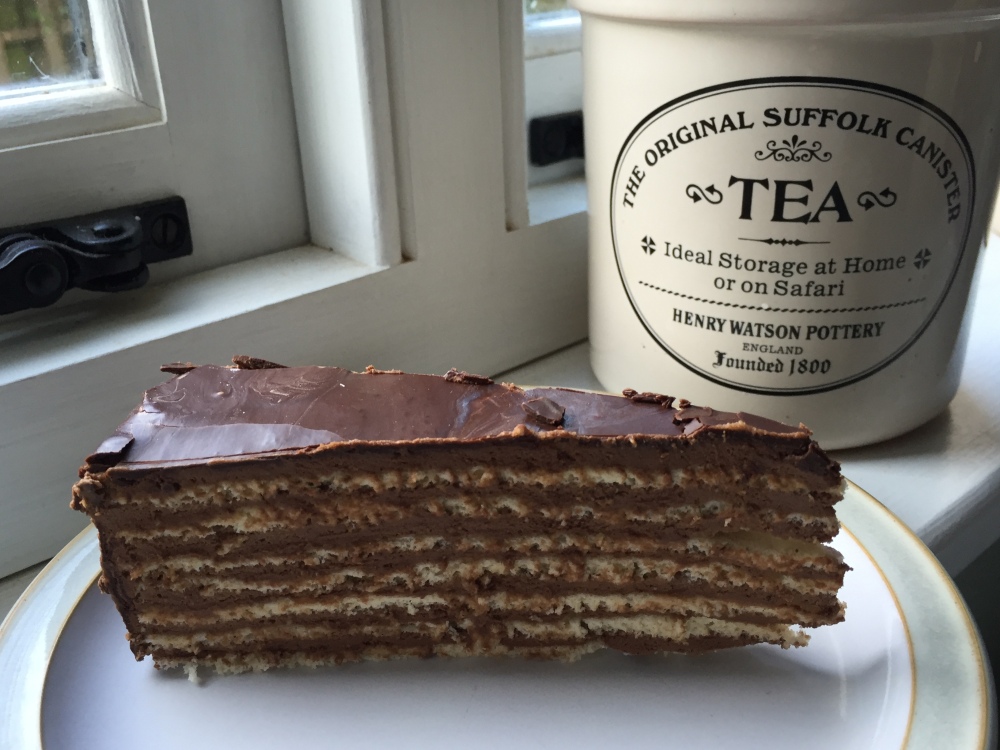