What do you do when make too much cake and you have left overs. Well normally in the UK we break it all up and make a delicious alcohol soaked Trifle.  However I made a Gateau Fraisier last week and I made far too much sponge and having sliced off the 2cm of sponge I needed for the Fraisier I still had 5cm left.  Now it has been a busy week with my mother staying with me for her first week of treatment, and the holiday season at work is putting a bit of a strain on things, but the hubby and I cannot abide waste, and the freezer is full (we really need to do an audit), so a quick cake had to be made.  This Chocolate Orange Layer Cake was the result. 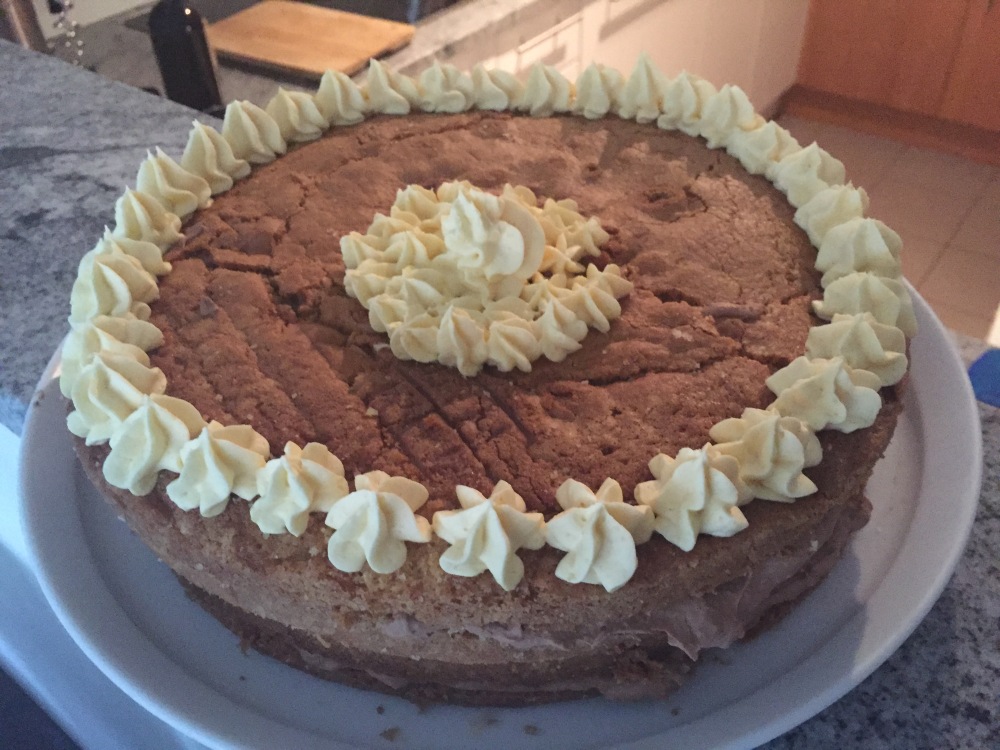 I have been wanting to try out the variations of German Buttercream for a while.  German Buttercream is similar to Creme Mousseline, but whilst the French stick with a vanilla or chocolate creme, the Germans also do a coconut and fruit variety, by replacing the milk in the recipe with either coconut milk or fruit juice.  There are a few other differences of which more later, but I got quite excited by this.  When I was a child our Christmas stocking always had a Terry’s Chocolate Orange put in it, something I still like and I wanted to try out an Orange Juice based buttercream and create a homage to the Chocolate Orange in cake.

Was it successful?  Well the cake was, especially once the buttercream had soaked into the sponge and made the cake beautifully moist.  You need to forgive the uneven slices – remember my focus was to get 2 beautifully even slices for the Fraisier, so what was left suffered a bit.  But the Orange Buttercream? Well not wholly.  The orange flavour gets a little drowned and the buttercream came out tasting rather bland.  I then added a little lemon juice and zest which got over the blandness but which ended up taking over the orange flavour completely and the lemon and chocolate flavour does not work so well next to each other. 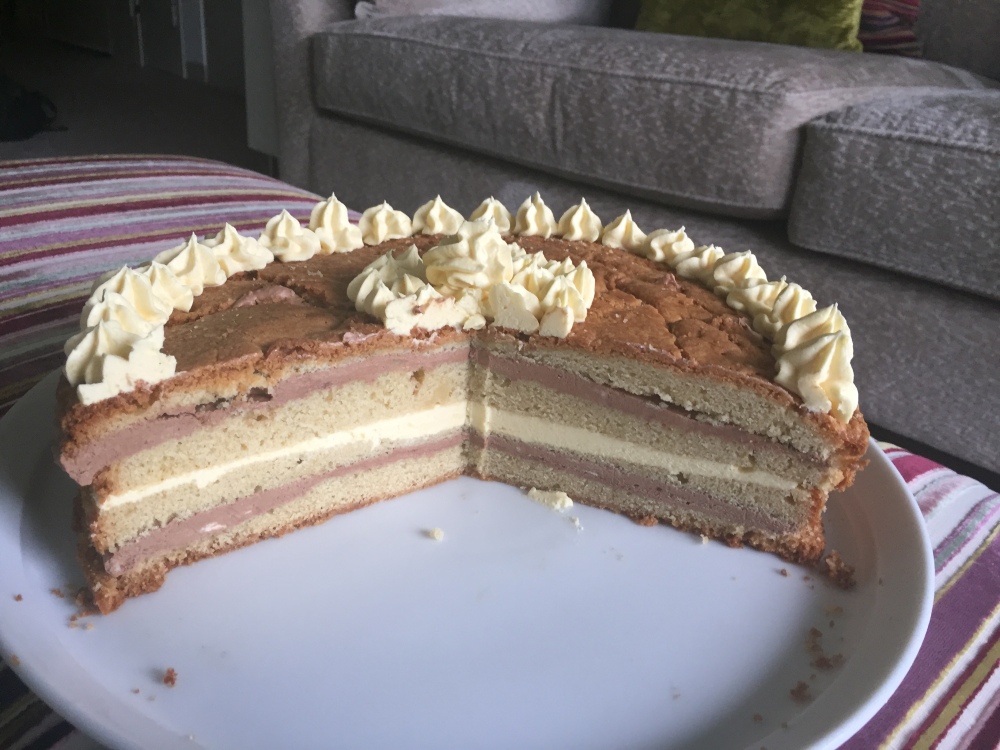 My lesson from this would be to use the juice from a fresh orange (rather than left over orange juice from the fridge), use the zest as well, and possibly add Orange extract to boost the flavour.  As I don’t have the perfect recipe yet, I won’t include one here .  However at the end of the day this experiment was all about the Chocolate and Orange Buttercream so let’s talk about those. 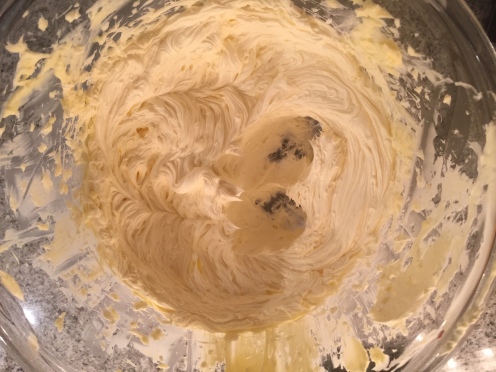 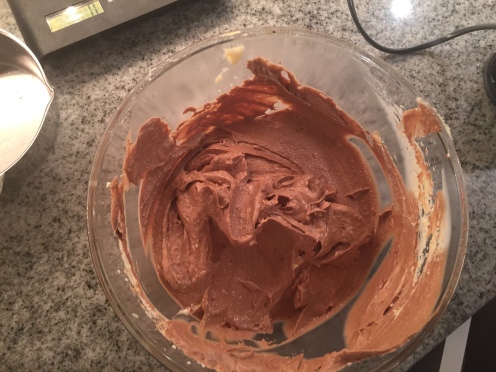 I discovered German Buttercream when I did the Prinzregententorte.  I then discovered that as ever the French have something very similar and call it Creme Mousseline.  It is much nicer and richer version of the buttercream most of us in the Anglo Saxon world know which is made from  vast amounts of icing sugar and butter beaten together.  It is lighter, less sweet and frankly nicer all round.   That is not to say that the Anglo Saxon variety does not have a place.  If you are doing a heavily decorated cake, specially with lots of fondant icing, the traditional buttercream is what you need because it is thicker and can take the weight of the fondant without squeezing out of the cake, but that is about the only reason I will use it now.

So what is it?  Well basically it is Creme Patissiere, which then has butter whisked in until it is light and fluffy.  The only difference between the German and French variety is that the butter content is higher (and the egg content lower) than the German variety making it set harder in the fridge. It comes in a basic vanilla variety, or you can flavour it with various liqueurs.  For the Chocolate version you add cocoa to the milk, and then add melted chocolate at the end. For the fruit variety you use fruit juice instead of milk when making the Creme Patissiere though you do need to halve the sugar content. 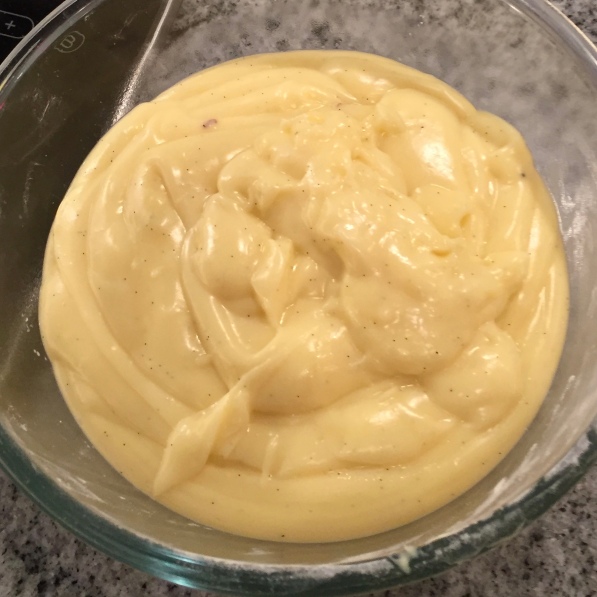 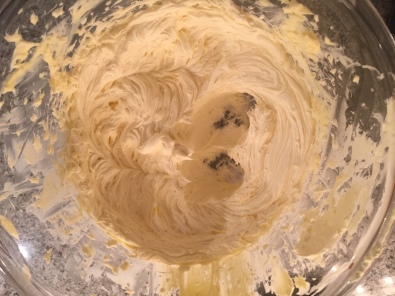 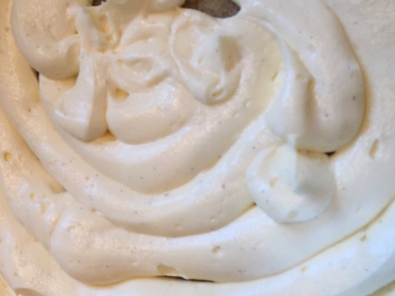 Take a  look at the recipes below and you can see the differences in butter and egg content.  Creme Mousselline recipes seem to split between those that use the whole egg and those that just use the yolk. The whole egg, and lower butter content of Mousseline makes it lighter than German Buttercream and better suited to something like the Fraisier where the Mousseline is a major component of the bake.

One last things about buttercream. Once you have made the cake u it needs to  be put in the fridge to set.  To serve allow it to come back to room temperature but for longer term storage it needs to go back in the fridge otherwise the cream will go off.

And how do you make it?  Well here is the

Chocolate variation: add 30g of cocoa to the milk, add 100g of melted choclate after whisking in the butter

Fruit variation: remove the vanilla pod,  replace the milk with fruit juice and halve the sugar, and add favourings of extracts or liqueur to suit 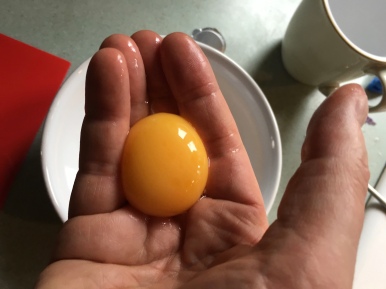 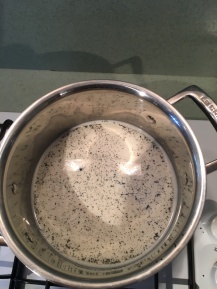 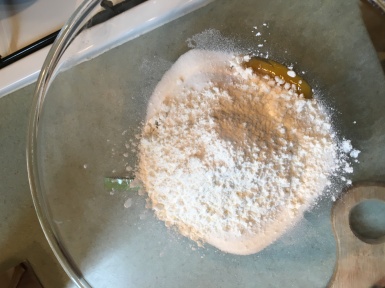 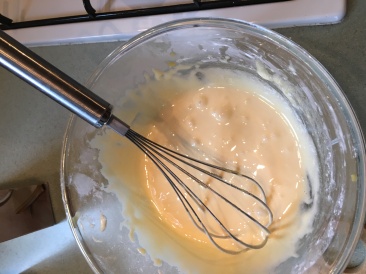 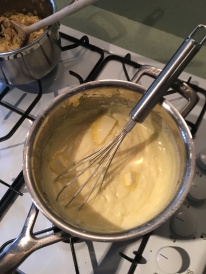 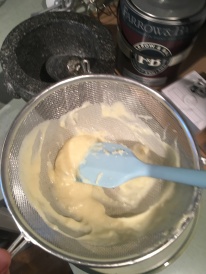 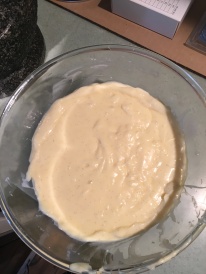 For the buttercream / mousseline 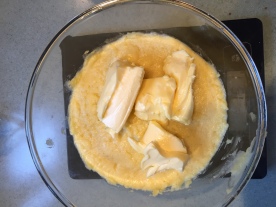 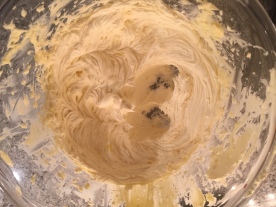 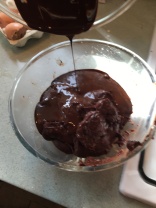 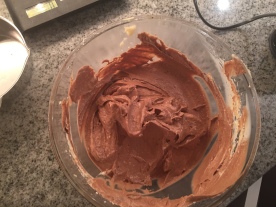