I find it hard to believe it was Easter when I last posted. Yet again other elements of my life conspired to get in between me, baking and the blog.  We have, until the last week,  had a glorious spring and summer  in the UK which had the beloved and me in the garden much earlier than usual.  The garden has been looking glorious, though keeping it watered was a struggle through what was close to a drought from April to June.

Work was also a factor, with a major re-organisation initiated just after coming out of finishing a major new systems upgrade.  The last 6 months have been stressful and tiring which meant of a weekday evening all I wanted to do was flop on the sofa.  Baking and blogging was the last thing on my mind.

This has not been an entirely bake free period, and I have been experimenting with ice cream, but it has definitely been a fallow baking  period, and whilst I love the garden, and spending a weekend in the fresh air tending it, I found myself hankering after the joy of flour, eggs, sugar and water.

The spur to get me back into the kitchen was my mother’s 80th Birthday.  Given her cancer last year (which thankfully seems to be in remission) this was an especially important event.  The whole family gathered at a big house in East Sussex for a week, and a party was held for friends and the cousins and in laws . 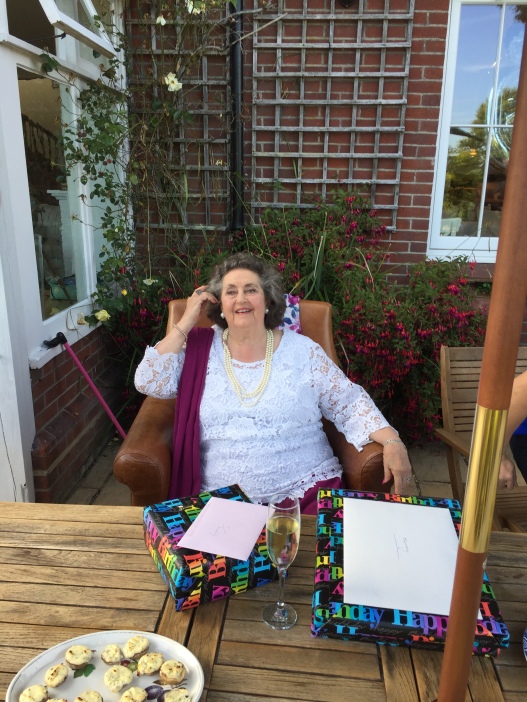 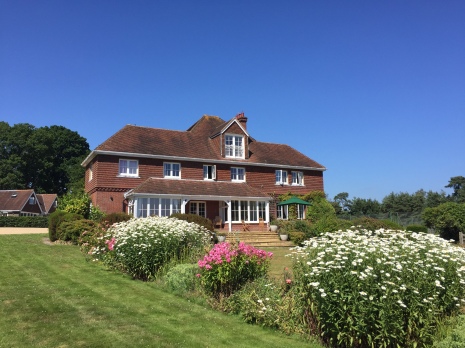 My family is big by modern standards,  as I have 4 siblings, all with kids.  So for the week we were 21 people, and for the party another 40.  My darling sister took charge of the organisation with me as her faithful helper, and we rapidly realised catering for 21 people was a military operation. Thank the lord for internet grocery shopping and caterers, but I foolishly decided that as the family baker various comestibles had to be made by my fair hand.  So rosemary bread rolls, an orange and mint brioche, sourdough loaves, a quick lemon cake, and bagels were all rustled up in quantities I am not used to making. 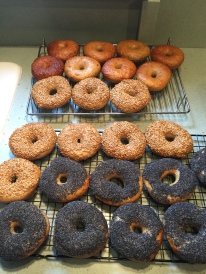 For the main birthday dinner I had 2 things – blackcurrant ganache macarons and of course the cake. 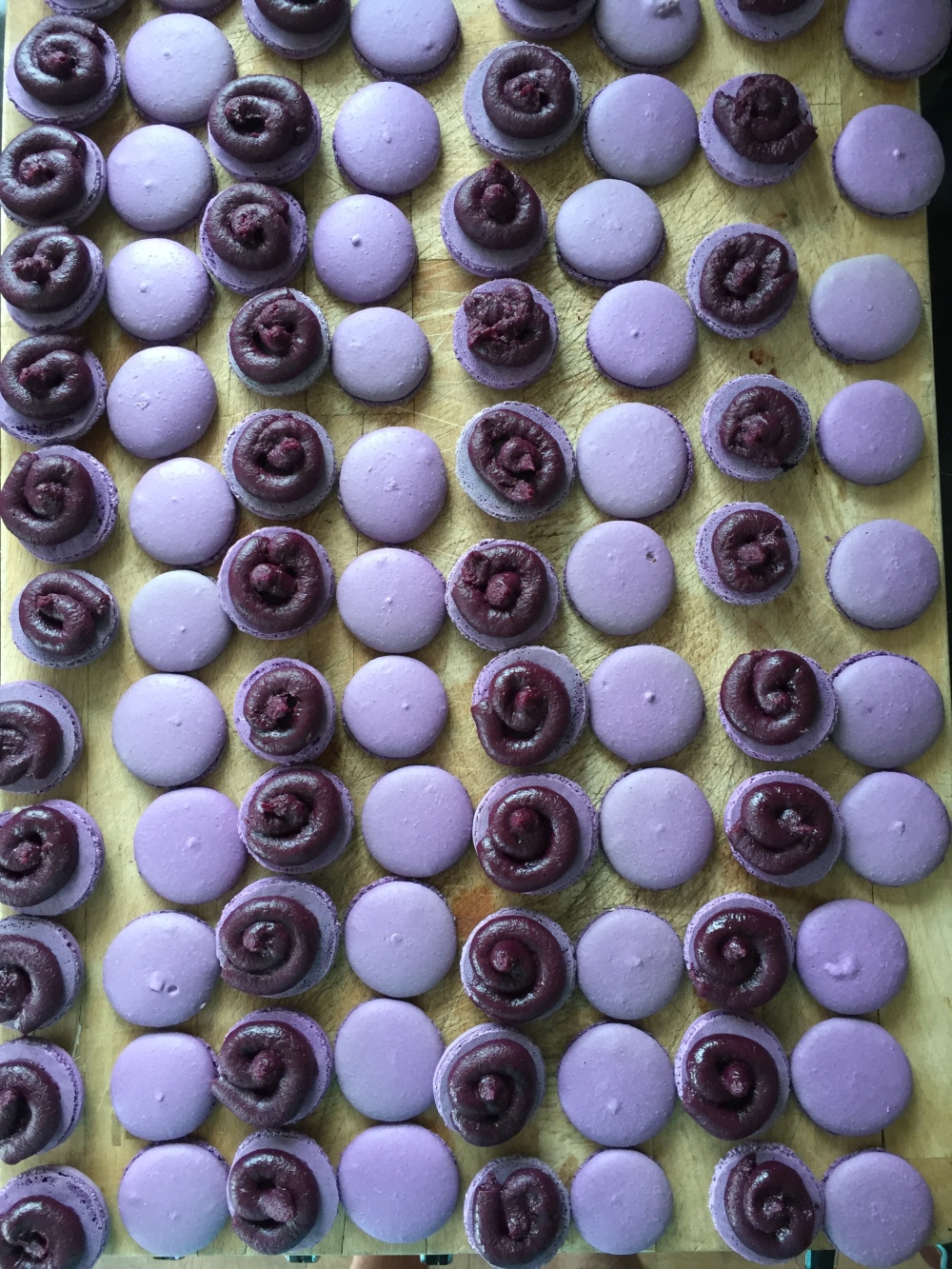 For the cake I plumped for a Fraisier.  My logic was that I had done it before, it looks dramatic and is relatively straightforward and doubles as a pudding.  What I had not factored in was I needed to make 2, and making creme Patissiere in very large quantities is hard especially on an unfamiliar hob with thin aluminium pans.  The first batch curdled and cooking out the cornflour to avoid graininess seemed to prove a massive challenge.  Creme Pat has never caused me issues before but it certainly did this time.  It is all quite amusing now, but my plans to be done by 11 am so I could join the family round the pool,  were firmly scuppered.  To say I was a little stressed when I finally wrapped up at 3 in the afternoon (and 3 attempts at creme pat later) is a little of an understatement. The result was very satisfying though and elicited suitably appreciative oohs.

So back to the blog.  I have a few items to write about including a wondrous coconut layered slice involving coconut ganache and mousse, layered between dacquoise and genoise sponge, and I spent one weekend struggling with the best way to approach turning a tiny gooseberry crop into souffle (which I haven’t done since I was 14) which led to an innovation I haven’t seen in recipes elsewhere. Tomorrow though I am doing my favourite cake – a  gorgeous carrot, orange and pistachio cake from Dan Lepard. It is not hard but as a return to the full recipe blog I thought I would keep it easy.