Someone asked me recently when I started baking, and I answered it was when my mother roped me into the annual mince pie marathon at Christmas.  It being Shrove Tuesday, better known as Pancake Day, I realised my memory has played me false.  The first thing I ever cooked was a pancake inspired by my Blue Peter Annual (Blue Peter is a UK children’s programme which has been going since 1958) and the ethereal Valerie Singleton (which presenter you remember is also a clue to someone’s age), for whom at 7 years old I also designed a dress as part of a Blue Peter competition – no clues to my sexuality back then!  I never did get a badge though – my inner McQueen failed me that day, but I do have a vague if possibly false memory that my picture of her fabulous long purple evening gown was shown on the show. 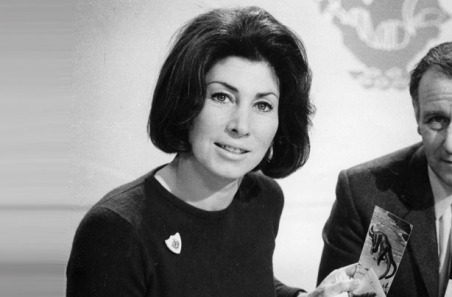 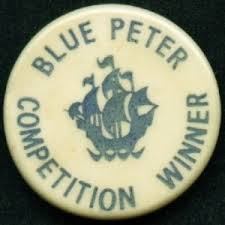 The thing about getting into something delicious in my huge family is that rapidly what started as a mild interest rapidly became a marathon chore.  Try cooking 4 or 5 rounds of pancakes for 7 people and you will soon get bored, especially in the old fashioned home of the 70’s where the kitchen is 85 miles from the living room.  My life was made much easier by my mother remembering she had been given an electric frying pan for a wedding present in the 1950’s so production got moved to the heart of the home, all kept nice and tidy the with the ultimate convenience of a Jif Lemon – another 50’s introduction.

At the time we lived in Hamburg and had encountered the German way of eating Pfannkuchen usually sold at street stalls all winter, filled with either Nutella, Apple Sauce or our family favourite cinnamon and icing sugar and served in a  coffee filter.  You don’t see that these days – a little paper plate and eco-friendly wooden fork (no plastic) are more the form these days.

Pancakes have to be the Ur-Bake.  Milk, water, flour and eggs (those base ingredients of all bakes) mixed and poured on a heated surface are ubiquitous around the whole world.  Here are but a few, and I have no intention of going into detail on each and every one but it shows you how ubiquitous the core recipe with regional tweaks is across many cultures.

The traditions in Europe are very tightly connected to Easter.  Shrove Tuesday is the day before Lent, the Christian fasting period before Easter. “Shrove” is a  corrupted form of the anglo-saxon “shrive” meaning “absolve”.   The tradition is about using up the forbidden ingredients of Lent before the fast starts.  In reality it is just another excuse for a blow out between Christmas and Easter.

In Britain we have the tradition of the Pancake Race – nice ladies (and MP’s) running down the street flipping pancakes as they go. It has a typically quaint and understated tradition. Lent is announced in many villages still with the “Pancake Bell”  calling the faithful to the church service that starts Lent.  The completely unverifiable story is that in the 1440’s a housewife in Olney in Buckinghamshire was so busy making her pancakes that she lost track of the time and rushed to church with frying pan and pancake in hand.  From that day was born the British pancake race.

Competitors compete in the Olney 2015 pancake race in Olney, Buckinghamshire in England Tuesday, Feb. 17, 2015. A pancake race has been run in the town since 1445 to mark the start of Lent. (AP Photo/Kirsty Wigglesworth) 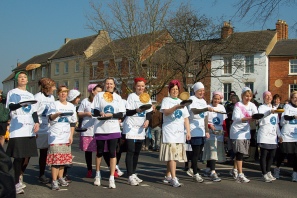 The Catholics have much more fun. In Catholic Germany they have Fasching – a wild street fancy dress party and an excuse for a trip to the kneipe (pub) for litres of beer, and in the France they have Mardi Gras which literally means Fat Tuesday the best of which is in Nice and is a 10 day long affair.  That transferred to America via New Orleans, and has recently become a name synonymous with Gay Pride Parades at a completely different time of the year linked with the police raid on the Stonewall Inn in June 1969 – a long journey from fattening up before a month of fasting. 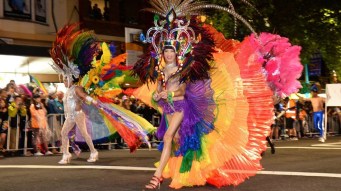 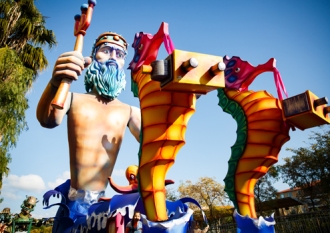 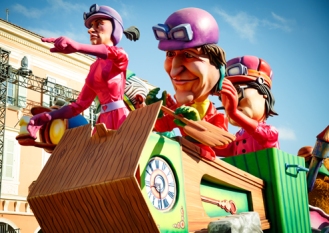 So onto my pancake day.  My eye was caught this year by a savoury recipe in the Guardian involving rye and spelt flour, with water  (that should have warned me) as the mix and a lovely melange of potatoes, garlic, spring onions, capers smothered in ricotta. Nice …. well they look great but not really.  The flours make for a heavy pancake and the water rather than milk just adds to the clagginess of the pancake with zero flavour. No amount of butter in the pan changed these healthy things into the gorgeous light fluffy thing a pancake should be.  I almost thought Lent had started already. So I have reproduced the pictures but not the recipe.

In the meantime even though it is late at night I shall lash on my apron,  melt some butter and get some batter cooking …and then rush out of the house!  Maybe not – this day and age I would probably be arrested for disturbing the peace. Goodnight all and Happy Pancake Day. 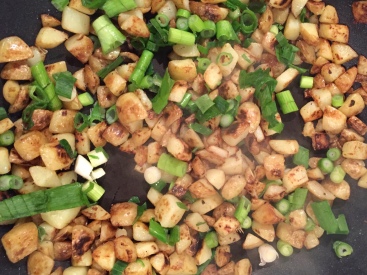 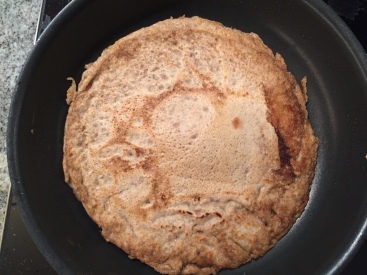 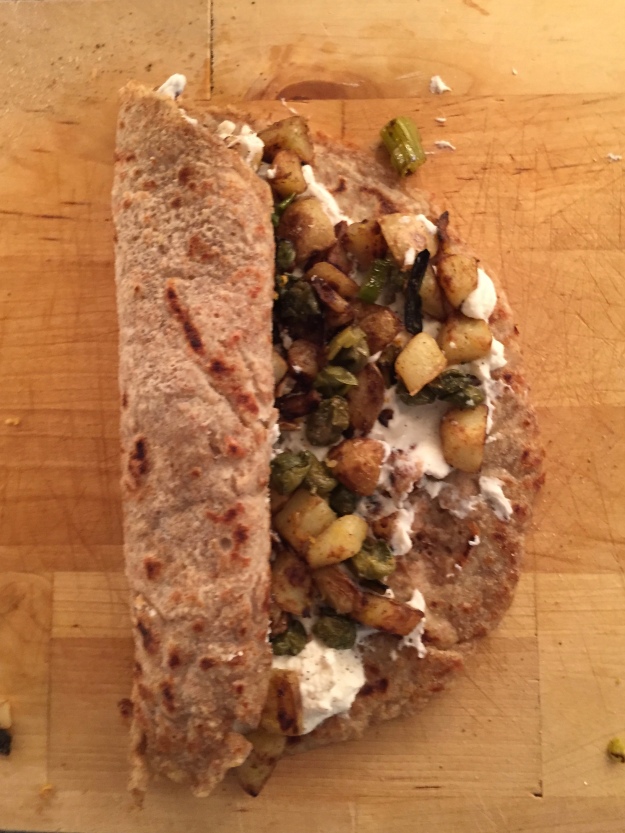 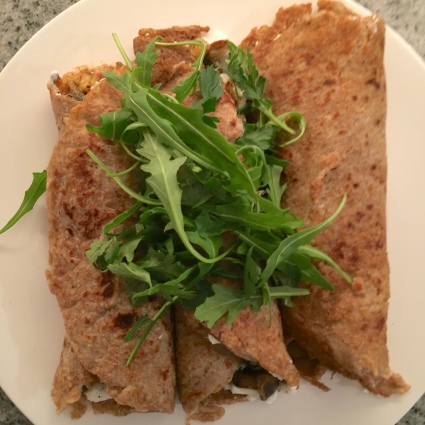 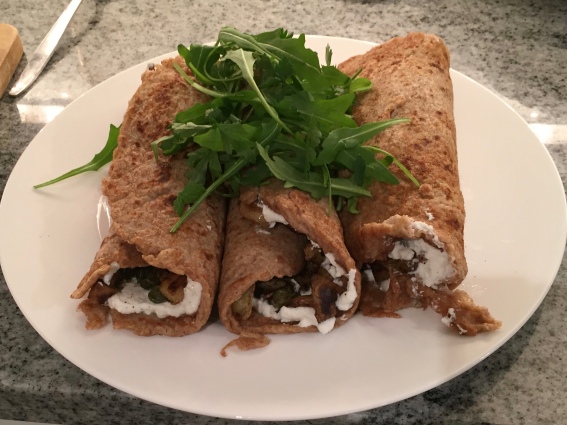