Finding a replacement for Christmas Pudding that is light on the stomach after such a heavy meal, and can be prepared in advance and has a little touch of luxury and celebration is never easy.  Over time we have done roulades, light steamed puddings, a crocquant-bouche, even just ice cream albeit made from Vin Santo which back in the mid 90’s, when the craze over the River Cafe was at its height,  was still quite a new wine to all of us Brits.  Meringue though always seems to feature very highly on the options which given the amount of egg yolks the rest of Christmas baking needs, especially pastry for mince pies, makes a lot of sense.

This year by accident or design I found myself making 2 very similar puddings for both Christmas and New Year. Both recipes came from the Guardian, one by Yotam  Ottolenghi  (he who is most honoured by both me and the beloved who got his Nopi Cookbook for Christmas), and the other was from on old recipe in  the Guardian by Dan Lepard who very sadly no longer has  a regular baking column column but still has a great website. 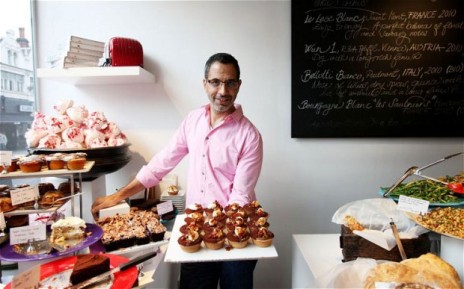 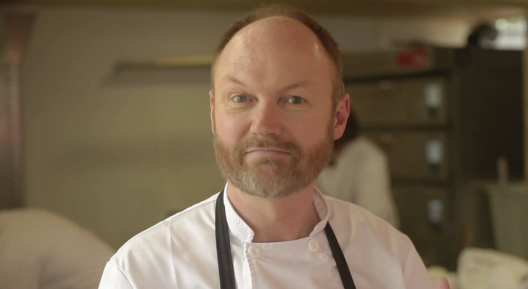 The vast amounts of egg whites, double cream and chestnut puree I still had by New Year is probably why one led to the other and it was only whist I was searching for pudding options for New Year’s Eve that I realised both were based on the Italian classic Monte Bianco.

Monte Bianco means White Mountain and is supposed to represent (from the Italian border) the tallest mountain in the Alps which most of us know as Mont Blanc and of course the Italians call Monte Bianco as well  (which leads to some tricky internet searching).  Italian puddings (other than their devil-designed bread Panettone – see my post for my reasons for saying this) tend not to be excessively complex and Monte Bianco is no exception. The classic involves piling small meringues up glued together with whipped cream, then forming a small mountain from a riced chestnut mixture, and then surrounding with whipped cream to form the final mountain shape and decorating with chocolate and marrons glacés. 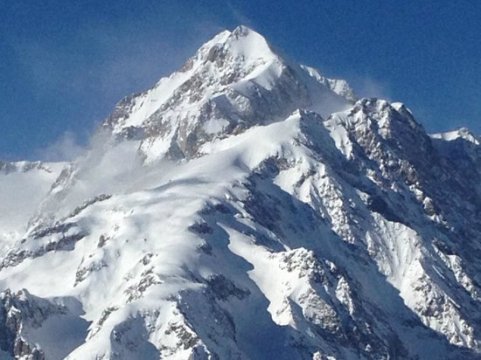 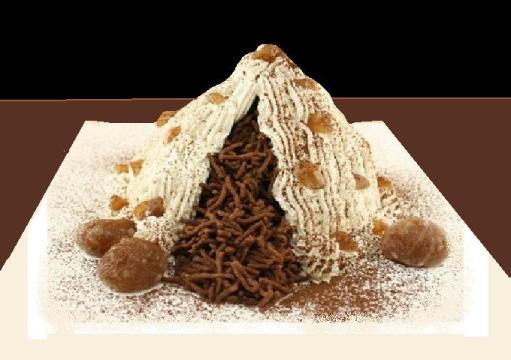 The Ottolenghi version deconstructs and smartens up this classic with brown sugar, cinnamon and walnut meringue nests (a classic Ottolenghi meringue) painted with plain chocolate, with a spoonful of sweet chestnut puree on top, piled with whipped cream and topped with spiced pears and chopped walnuts. A lovely thing for Christmas Day.  I would change one thing and add spun sugar across the top as well to add an extra Christmas day glitz. 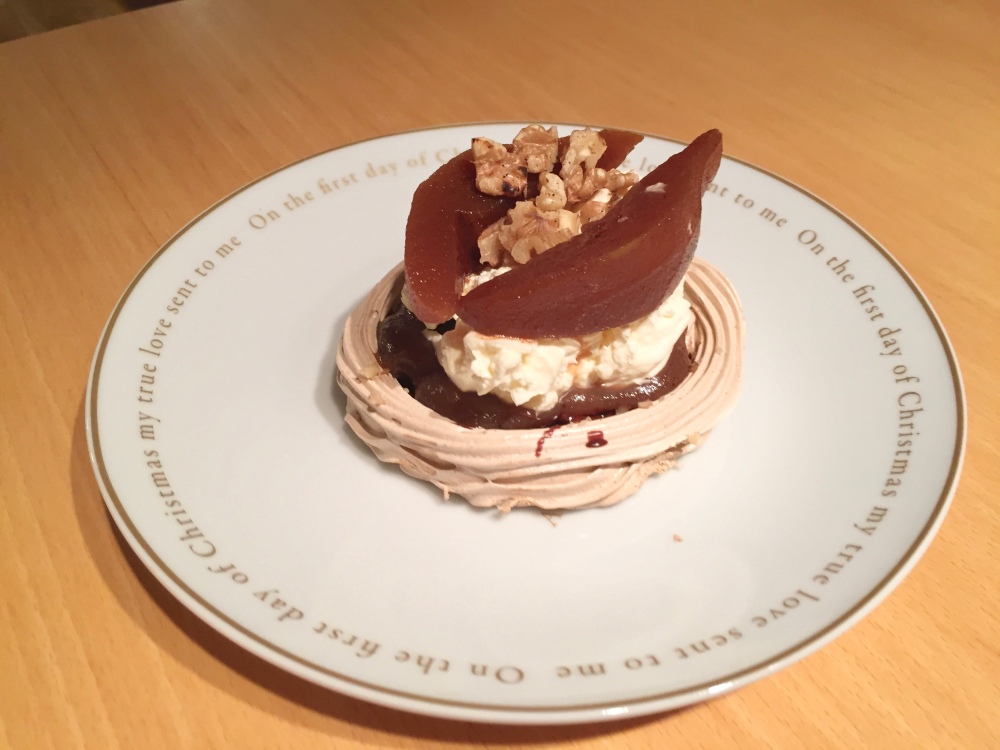 The Dan Lepard recipe takes broadly similar ingredients and creates a layer cake with 3 discs of plain meringue, sandwiching a thick chestnut cream, drizzled with chocolate and then finally topped with more whipped cream and chestnut puree. It is less refined looking than Ottolenghi’s but equally delicious. 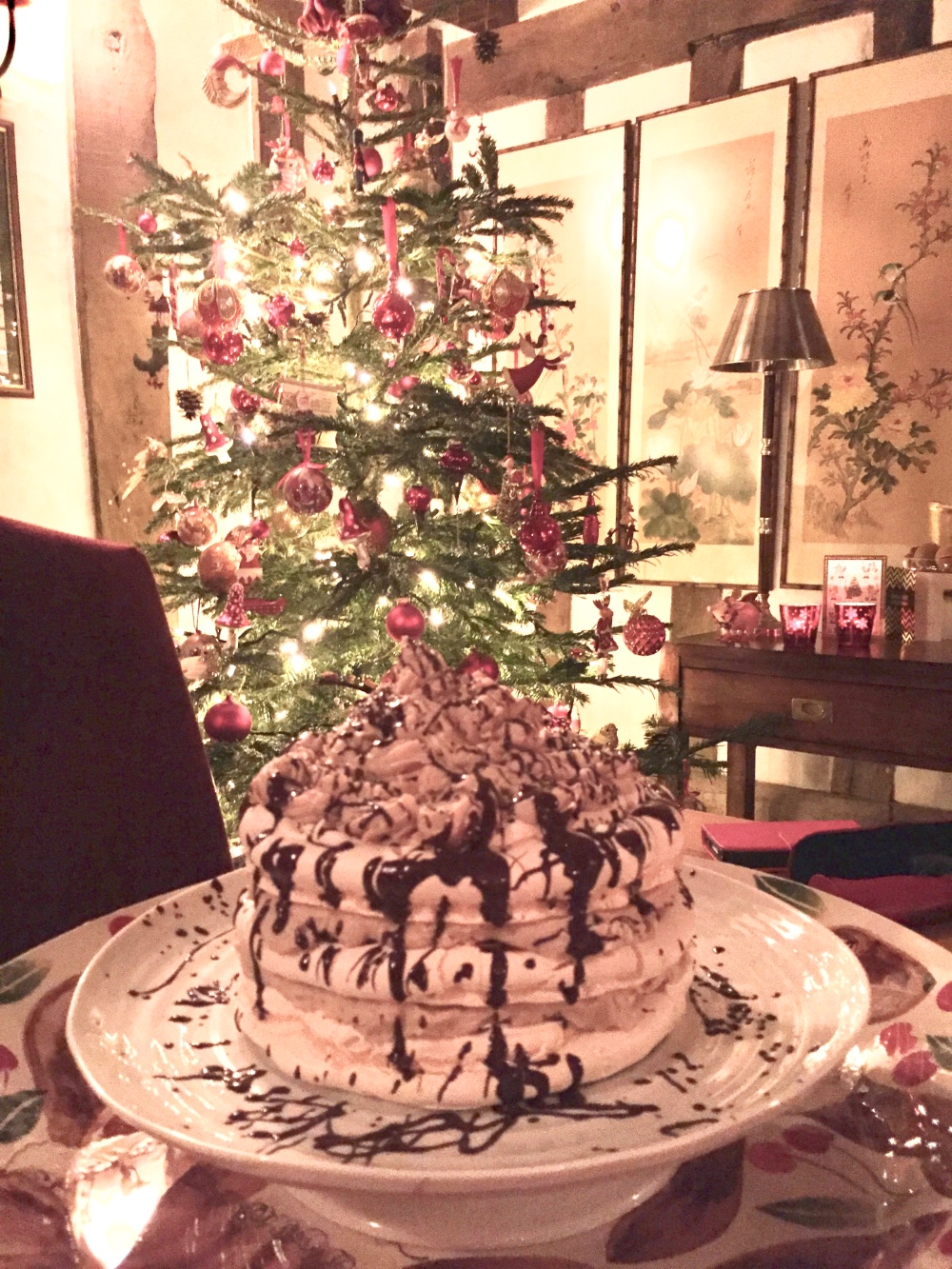 Here are the recipes produced in the order I made them

For the Spiced Pears 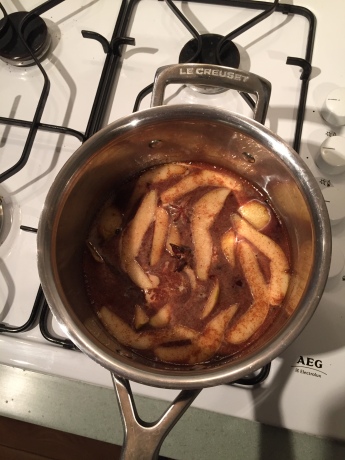 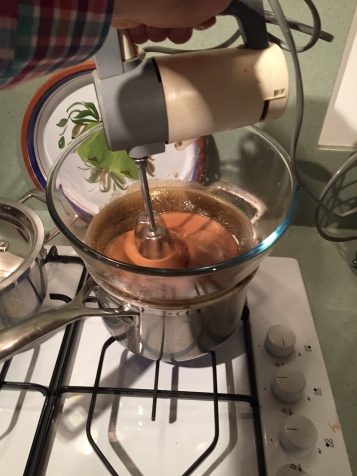 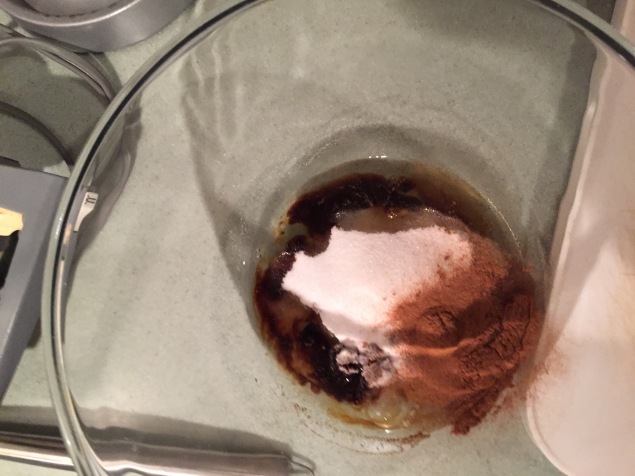 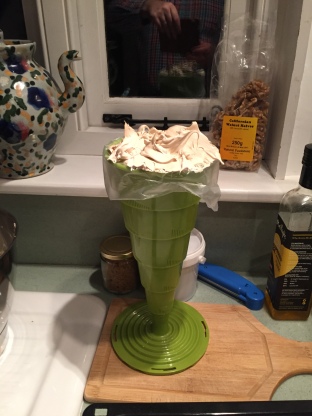 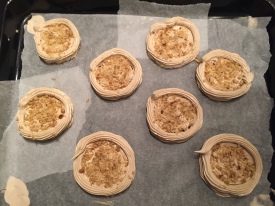 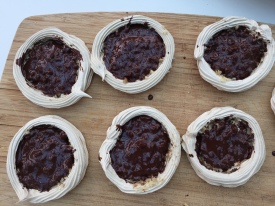 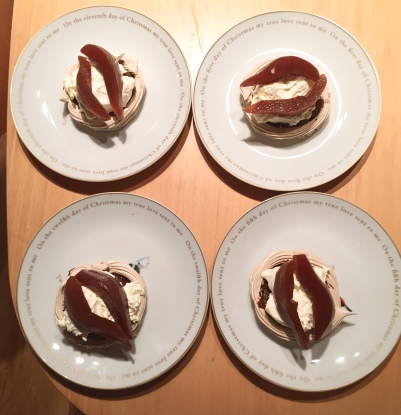 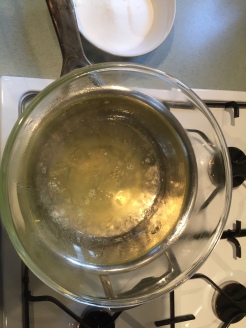 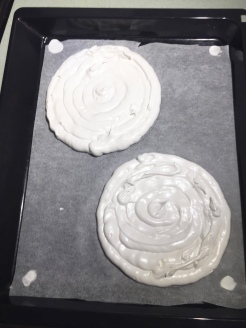 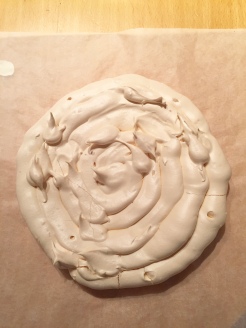 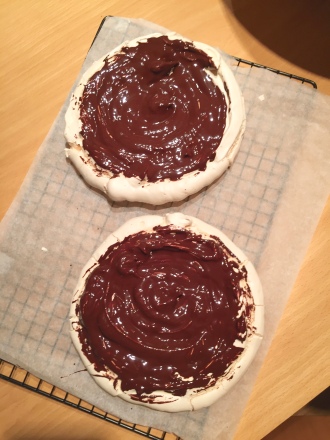 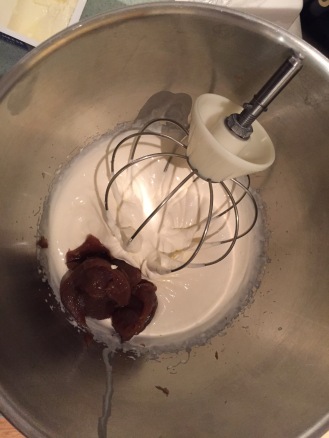 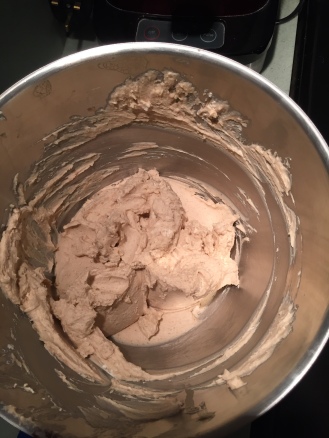 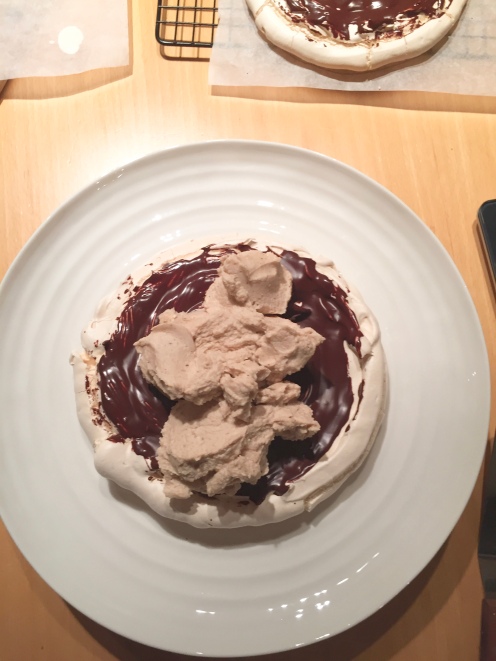 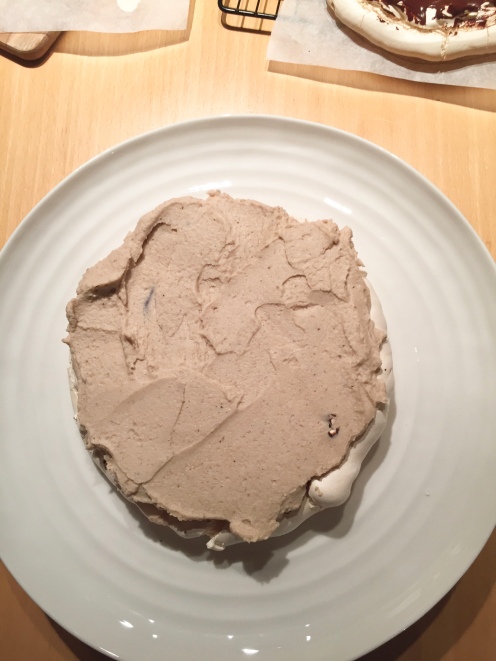 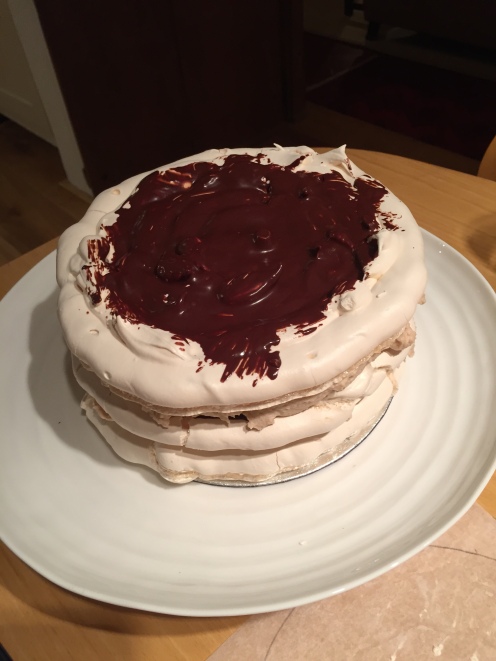 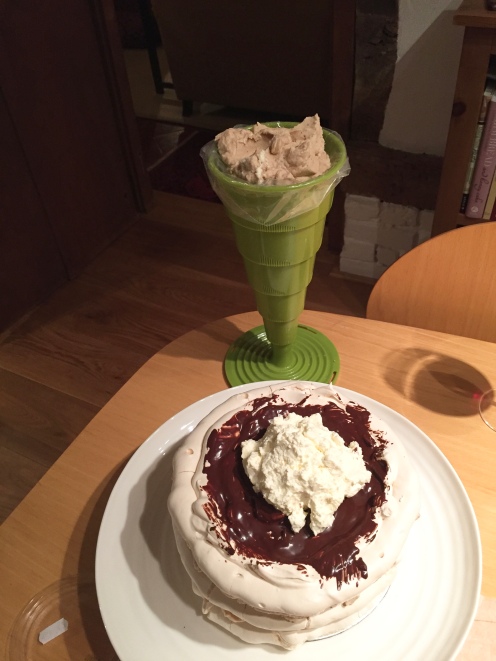 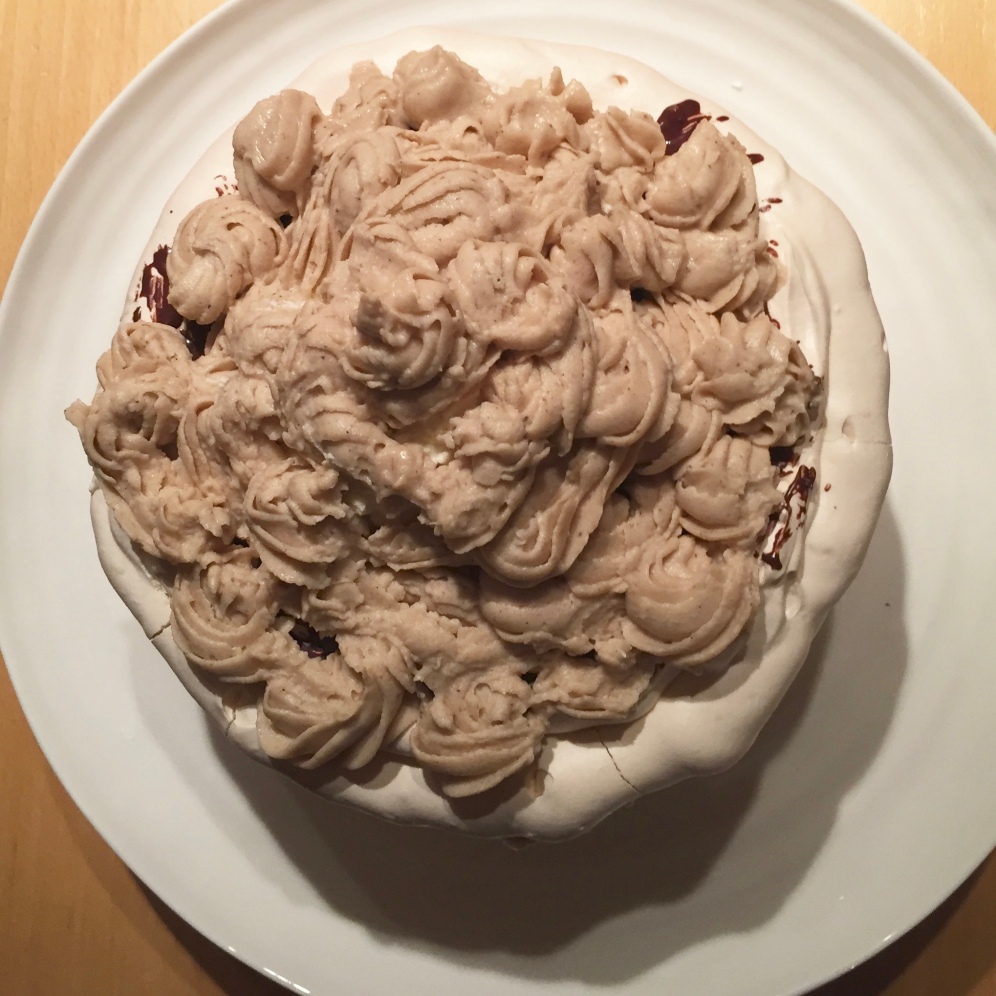