I have definitely gone slightly entremet mad since Christmas, and whilst I am also trying to be good and avoid too much sugar, we do still have a social life and we still like to entertain friends.  I made this for a garden party we hosted last week for the participants in the biennial Open Gardens Event – a uniquely English institution that is very popular.  It was the first weekend of the glorious summer we are having, and we had people from far and wide visiting this year.  It was a very successful fundraiser for the village and it is always fun talking about something you love with fellow gardening amoureuses, especially so fo hubby is to be honest the creative force behind the garden.

This was a recipe I found on Patisserie Makes Perfect which is itself an adaptation of William Curley’s recipes for various mousses.  I adapted it slightly by making a gluten free joconde sponge from almond flour, which made this recipe completely gluten free though because of the gelatine in virtually every element it is not at all suitable for strict vegetarians.

It is a gorgeous combination of hazelnut joconde, topped with honey custard mousse, raspberry curd dotted with fresh raspberries, surrounded by white chocolate bavarois and then glazed with a multi coloured mirror glaze, the latter being another first for me.

Entremets are ideal for this sort of event, as they have the virtue of being able to be made weeks in advance and left in the freezer until the day, when they are then whipped out glazed and allowed to defrost (if only it was really that straight forward).  They are also less complicated than they look.  At the end of the day they are basically mouses and sponge, so providing you are comfortable making these, then entremets are easily within your grasp.  You do however need time to make each of the elements, though you can spread that out over a number of days.

What I personally like less about making these is the uncertainty every time about whether it is going to hold its shape once it defrosts.  Right now each of these entremets are being made for the first time, and you really don’t know whether the gelatine quantities are right .  In these days of sheet gelatine, recipes tend to talk about sheets of gelatine rather than weight and as sheets definitely vary in size between brands, you just don’t really know what is going to happen.  Will there be a gelatinous mess dripping on to the floor when it defrosts or a beautiful silky torte?

This one proved particularly challenging.  The Bavarois ended up far too liquid partly because I curdled the custard stage (grrrrrrrr…… I know better) and as I had run out of eggs and time, I had to push it through the liquidiser to de-curdle the mixture with now no hope if thickening (lesson 2 – next time that happens cheat and add cornflour).  I then added the whipped cream when the mixture was too hot, resulting in that breaking down as well.

The result was a disaster when I poured the mixture into the unsealed mould and watched it pour out the bottom.  The rescue was hideously messy as I scraped the mixture back into a bowl, followed by lifting the mould ring off the torte to let the rest flood out into a pan.  I then tried to get a seal on the mould using cling film and poured it all back in and quickly rammed what was now a dripping beast into the freezer to get it set as quickly as possibly.  A check 15 minutes later showed that there was still oozing on a lesser scale which required the whole thing to be topped up regularly until the freezer got a grip on it.  You will I am sure not be surprised that with all this going on there was no time to take any pictures! Here though is one of the frozen torte just before it got glazed, showing no signs of its difficult birth.

The beloved was less than pleased with the state of the kitchen at the end of this drama, and I was now stressed about whether there was enough gelatine to set the whole thing as normally the whipped cream and custard adds an element of set that reduces the amount of gelatine needed.  My way round this is take a spoonful of the mixture and put it in a small bowl int he fridge to see how it sets and this gave me the answer that there would be just enough set, providing we kept the whole thing very chilled.  As a consequence I have followed the talented Maren Lubbe’s recipes and added cornflour to the recipe as an extra security blanket.

On top of all of this there was the fun and games of calculating how to move the base recipe up from an 8″ torte to a 10″ one.  As ever the increases required are quite startling, but the technique I now use is “simply” to calculate the volume required in milli-litres and then see if the weight of the ingredients comes to the required amount on the assumption that volume and weight are roughly the same (which seems to work for everything except meringue).  The perfect entremet needs the slices to be roughly even in width which I didn’t quite succeed in doing but have adjusted the recipes to try to get to the right thickness for each layer.

Mirror glaze is another one that I still don’t know how to calculate how much is needed. It can be re-used so making too much is no disaster, though this time I managed to make twice as much as I needed.  I just loved the marbling effect and the way it seemed to have three dimensional depth.  It is also really easy to achieve which always makes me wonder whose creative brain first came up with these techniques. 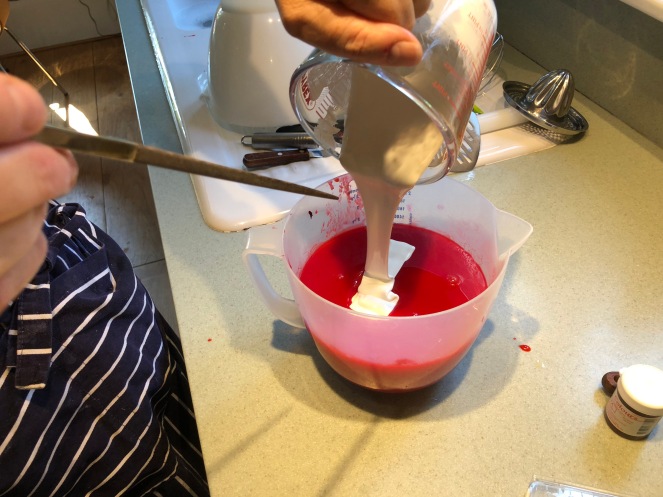 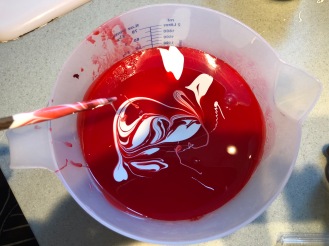 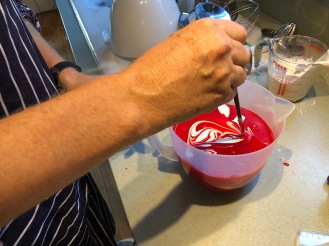 The overall torte got a big thumbs up from the party guests and there was absolutely none left at the end of the party.

The Elements in Order of Preparation

Each mousse/curd element takes about 6 hours to freeze so start making this 3 days before you want to serve it. 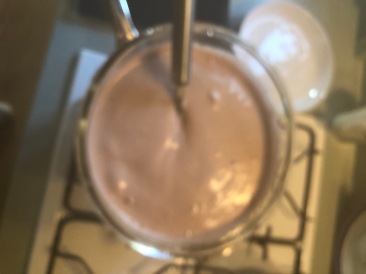 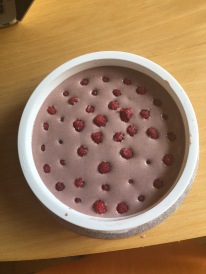 The Method (the part that went a little wrong for me) 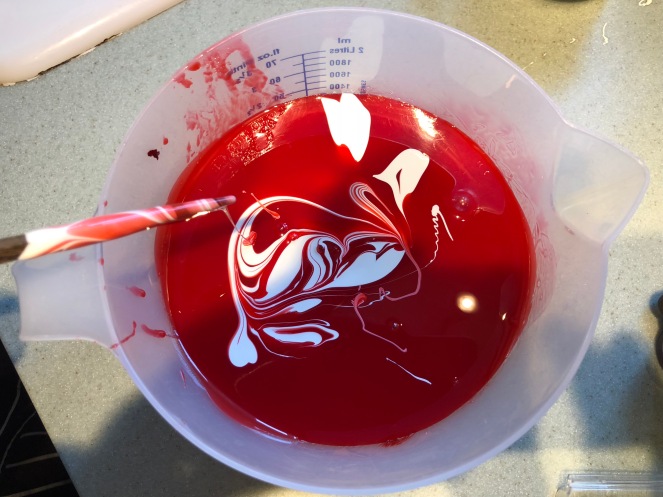 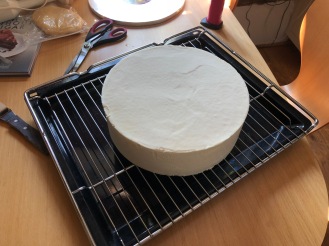 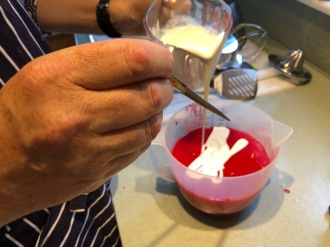 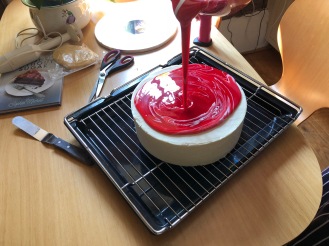 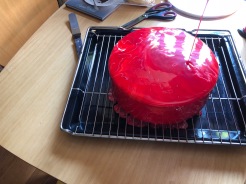