In a tiny interlude from baking, I am diverting to the world of preserving, something I haven’t done for a while.  I have one redcurrant bush in the garden and providing it is protected from the predations of the local birds, it normally gives a decent crop.  This year I forgot to net the bush so the birds got more than their fair share which due to the weather I suspect they needed.  However fortunately last year’s crop , thanks to the building works that drove us out of the house at the end of last summer,  has sat in the freezer for a year waiting to be turned into something delicious, so I had more than enough. 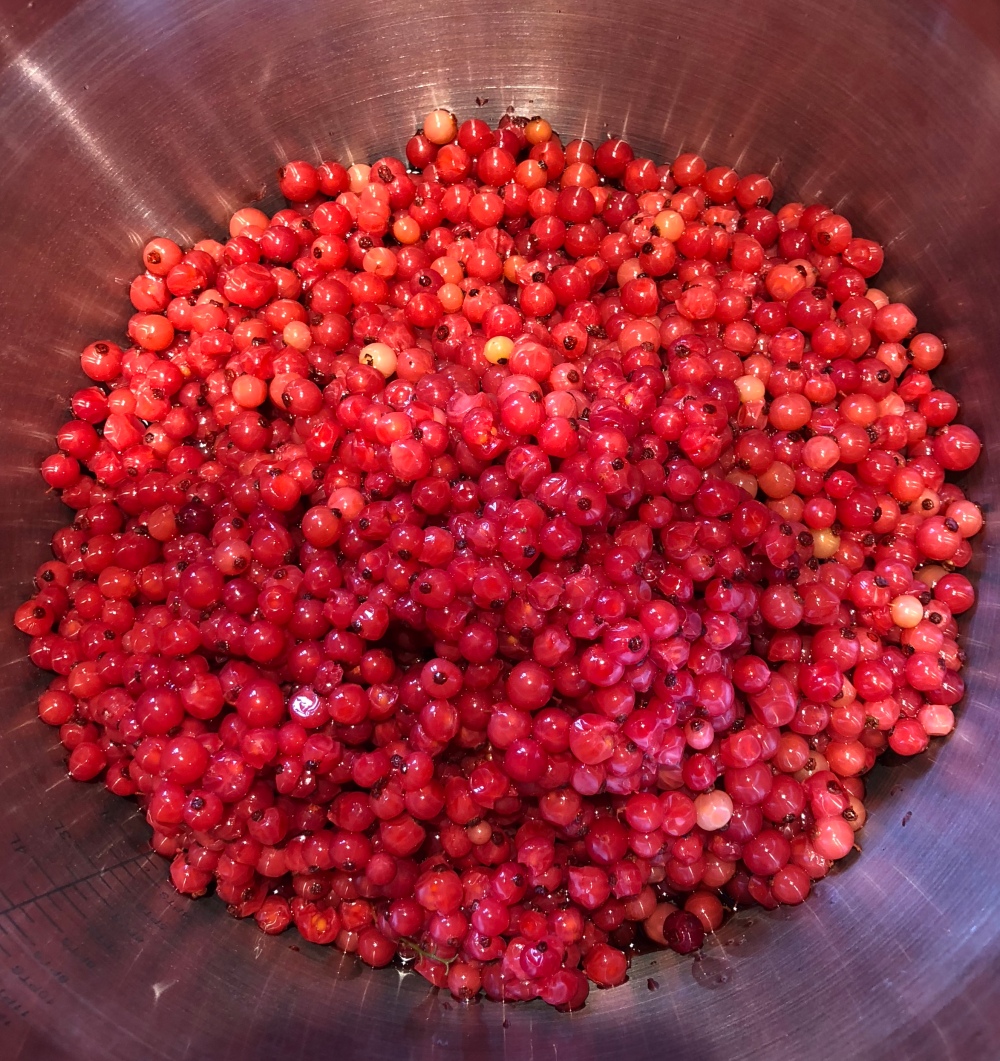 My only problem was  what to do with them.  They are lovely in cakes or dotted into a chocolate brownie, and I have had my eye on various lovelies from the cannon of German baking for a while.  However cake is unfortunately not an option at the moment whilst I am still in the final stages of getting back to my ideal weight.

The other option is jam and jelly for which these little beauties with their ideal pectin levels, are perfect.  The only problem is I have jars of various jams and  jellies in the store cupboard with no prospect of imminent use.  We are not huge jam eaters when the now rare treat of home-made sourdough makes an appearance on the breakfast table.  Give me and the beloved  a choice between Marmite and jam and on the whole, even when it is my own home made jam, we will plump for Marmite preferably with a slice of cheddar cheese and to really clog the arteries, a lick of peanut butter.

Which takes us to Chutney, which as big cheese eaters we rarely have any difficulty chomping through.  Chutney is normally made with a base of the more fibrous fruits like plums, pears and apples so recipes using redcurrants are not thick on the ground.  However I found this one on the BBC Good Food website, and it is quite delicious.  It ends up more a cross between jam,  chutney and fruit cheese (membrillo / quince cheese being the most well known of the latter), with just the right amount of fire from cayenne pepper and ginger to give it some depth of flavour, particularly when eaten with our favourite cheese, the ever so smelly and runny Epoisses. 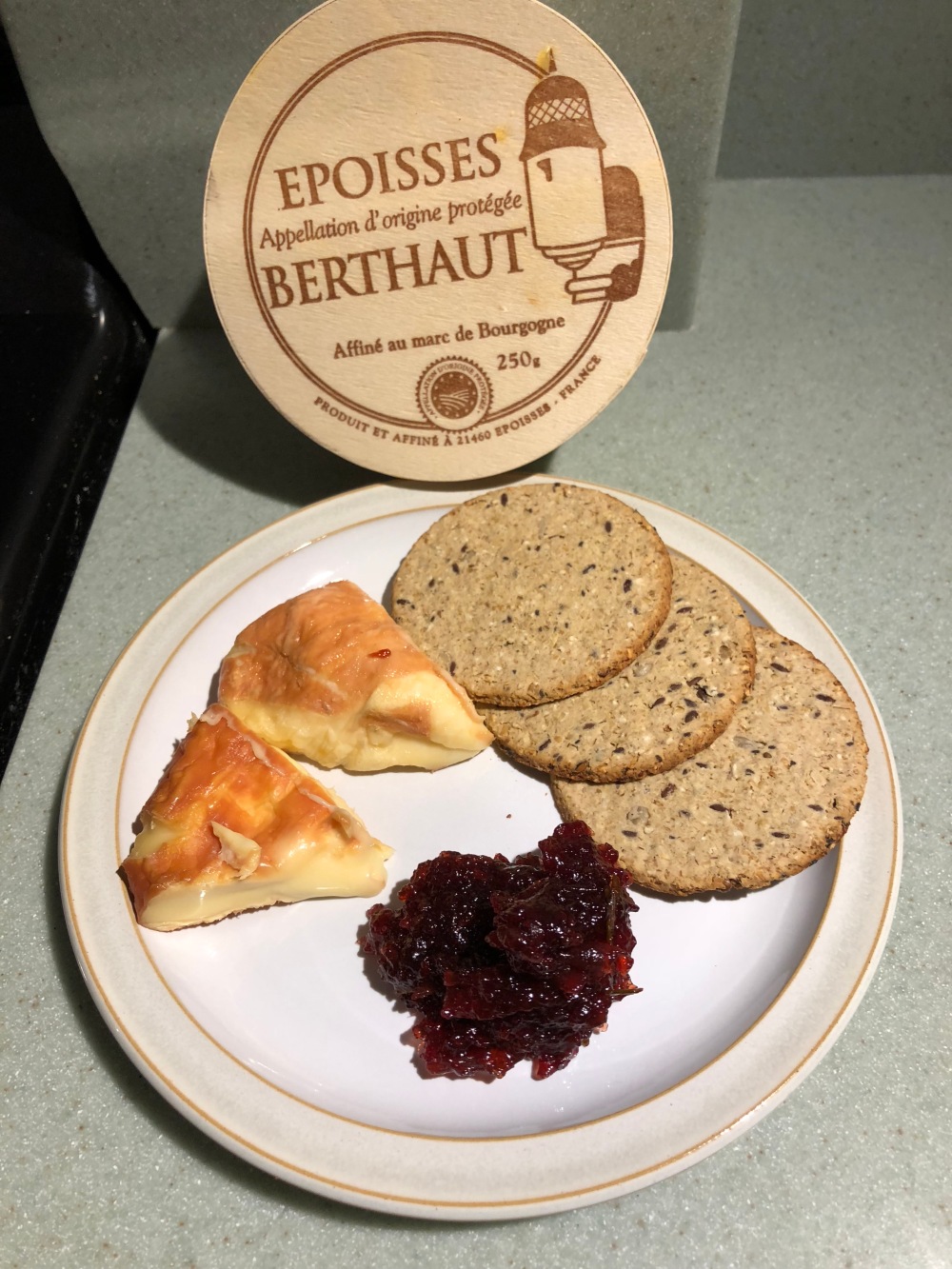 Beware on the cooking of this one. Firstly like most jams it loves to spit at you.  There s nothing more painful than boiling hot sugar on skin.  The rather fetching PG-Rated Tom of Finland oven glove I was given as a gift by our friend Paul came in very handy.

Secondly this does not behave like a normal chutney.  As I said it is a bit of a cross between jam and chutney.  Normally with chutney you cook down the mixture until you can pull a spoon through it.  Fortunately my alarm bells rang a bit once I had reduced the volume from 8 litres to 4 litres and there was still no sign of the right consistency.  A quick standard jam test fortunately told me it was ready and it got whipped into sterilised jars straight away.  There really is nothing worse than over set jam.

The other thing with chutney is you need to give time for the flavours to meld and mellow before it eating it.  This one comes out of the pan quite fiery, but within 2 weeks it was already much smoother.

This won’t be the last preserving recipe I post.  I have a backlog of plums and damsons in the freezer and a healthy crop building on the trees, not to mention the quince tree which seems to be about to have a bumper crop this year.  Watch this space for more.

The recipe below will make 3-4 standard jars – I made nearly 3 times this amount because of the amount of red currants I had. 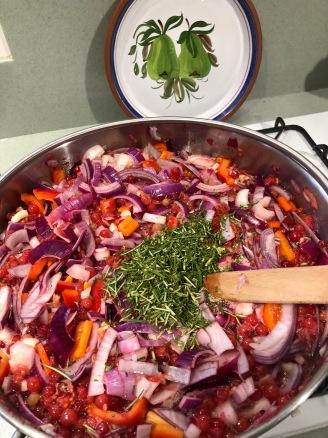 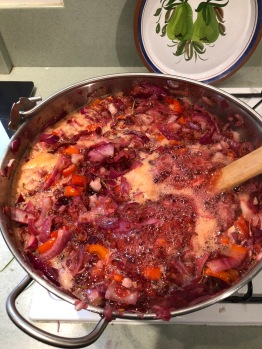 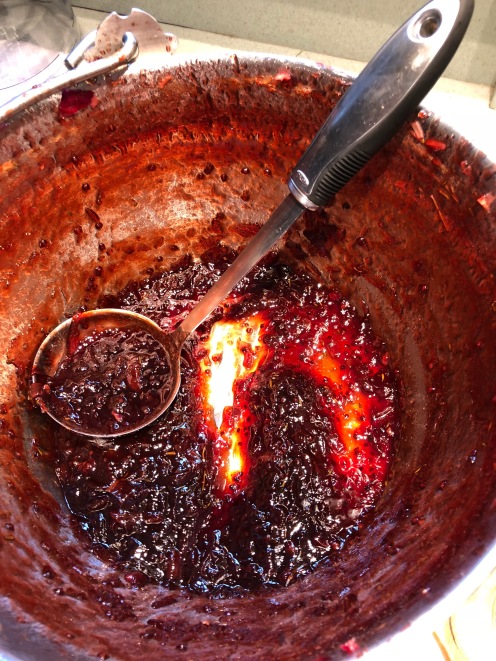