These little delights certainly tested my skills and also resulted in a huge thumbs up from my harshest critic, the beloved-whose-palate-must-be-pleased-and-thrilled.  They are a delicious confection from Adriano Zumbo (more on him later) consisting of 10 elements based around blackcurrants which certainly tested my skills and used ingredients I have not come across before.

The occasion this time was my sister and her family coming to stay for the first time in a while, so I wanted to do something special. These lovely desserts were certainly not perfect but everyone at the table first fell silent as the flavours burst on them, and then erupted into a chorus of “Oooh” in full appreciation of these fabulous little things.

I first came across Australian Patissiere Adriano Zumbo on his Netflix baking competition show “Zumbo’s Just Desserts”.  The show itself is annoyingly produced spending far too much time on the emotional journey of the contestants rather than the baking itself. To add insult to injury, the talents and knowledge of Zumbo and English baker Rachel Khoo were utterly wasted, leaving me wanting far more technical input from them than the dumbed down production values allowed for.

What hooked me though was that Zumbo himself is obviously a baker of great originality, so I had to get his recipe book “The Zumbo Files”.  Whilst available easily on Kindle, getting a hard copy in the UK is not straightforward, with crazy prices currently being quoted on Amazon (a cookbook for £635 – are you kidding me?), but I finally found one for a normal cook book price and 3 months later it turned up.  It certainly didn’t disappoint – beautifully produced with some wonderful flavour combinations though a detailed read made it clear his recipes have not been simplified for the home baker.

This recipe caught my eye for some reason. He calls it “4 Times the Vitamin C”, though I have renamed it Blackcurrant and Violet Mousse Hedgehogs as I think their resemblance to those much loved and now endangered garden animals makes this a more resonant name for a UK readership (sorry Mr Zumbo …….). Madonna Domes did come a close second mind, as they are certainly reminiscent of the eponymous singer’s bustier outfits from the 90s.

A few things make this stand out from similar entremet style confections I have made recently.

What sets Adriano Zumbo’s recipes apart from others like this, is the extra mile he goes with to add flavour and texture.  So the base isn’t just a dacquoise base, it has chocolate feuilletine (crunchy sugary flakes that you need to buy online), with 2 types of nut praline and chopped nuts on it too.  The mousse is not just a custard mousse but also adds Pate a Bombe to it – basically egg yolks whisked with hot syrup – which ups the richness and egg flavour of the mousse. You don’t just glaze the domes, you double glaze them – once with marshmallow and then again with a fruit based glaze that is packed with flavour.

Whilst all this makes the recipe complex in the number of stages, as with all these kinds of dessert, they can be made well in advance and left in the freezer, and if you are an experienced baker none of these elements are particularly hard on their own. Time-wise you roughly need a whole day and 2 evenings to make these, with 2 overnights to allow key elements to freeze. 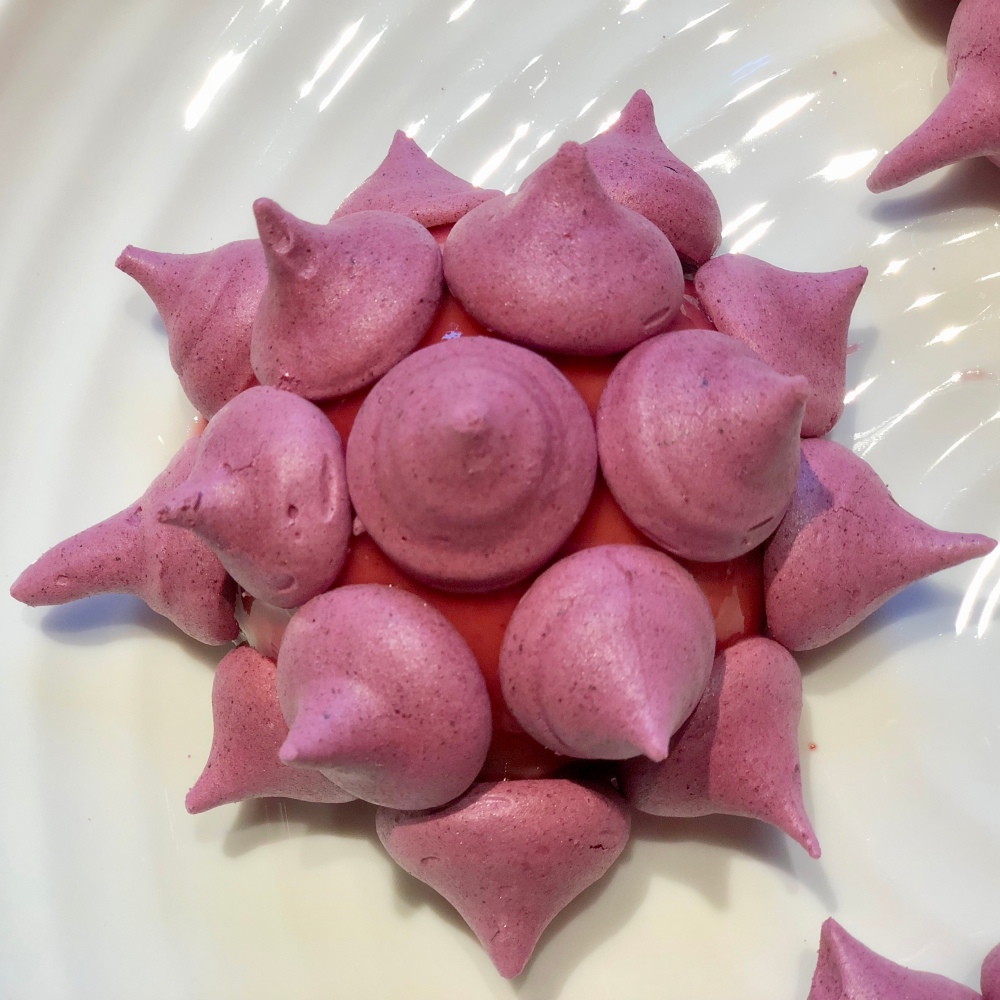 This was definitely not a trouble free bake.

I was particularly mystified how marshmallow could not have egg white in it, but having contacted Adriano Zumbo himself, he has assured me the recipe is as it should be.  I have reproduced it as per the book but my recommendation would  be to buy the inverted sugar rather than make it yourself as I am pretty convinced my own version was too liquid.  Fortunately the meringues cover up the worst sins of the glaze and on a candle lit dinner table my guests couldn’t see what I could.

The other revelation were the meringues.  The recipe uses freeze dried blackcurrant powder folded into the meringue mixture.  This not only provides the colour but also intense fruit flavour in the meringue itself. A brief search of the internet has revealed that you can get virtually any fruit in freeze dried powder which opens up a whole new avenue for recipes and flavours.

These items can all be made in advance and stored for later use.  Obviously if you don’t have them in the cupboard you will need to allow for time to make these as well. 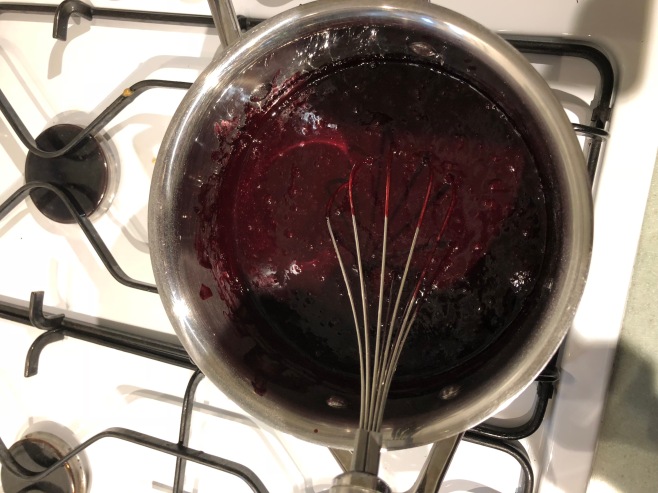 This consists of 3 elements 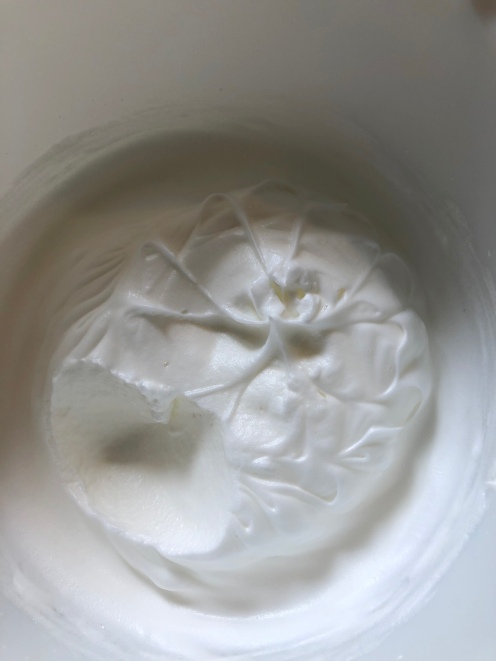 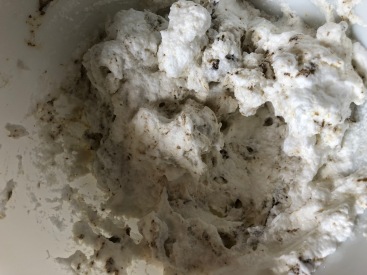 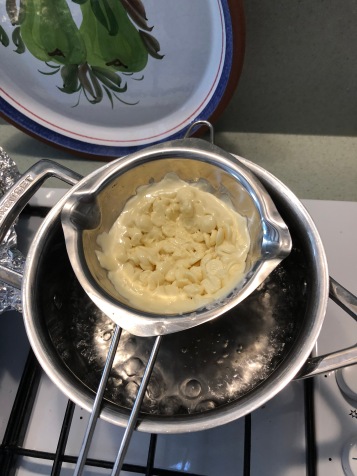 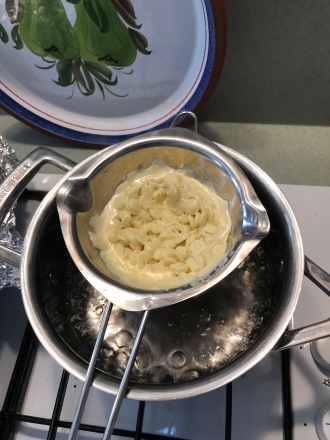 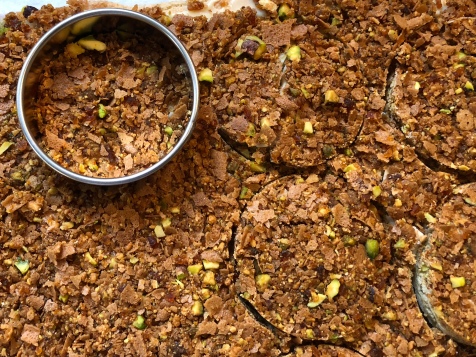 The Violet Mousse consists of 3 elements 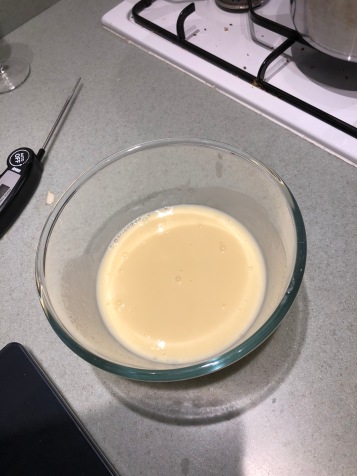 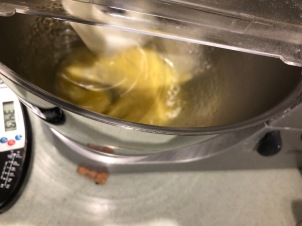 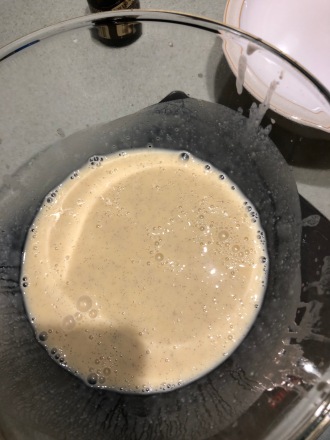 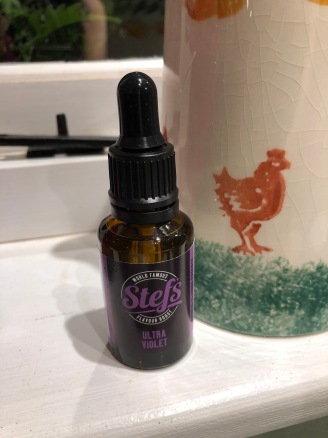 Do this stage as soon as the Vanilla Violet Mousse is ready.  You will need 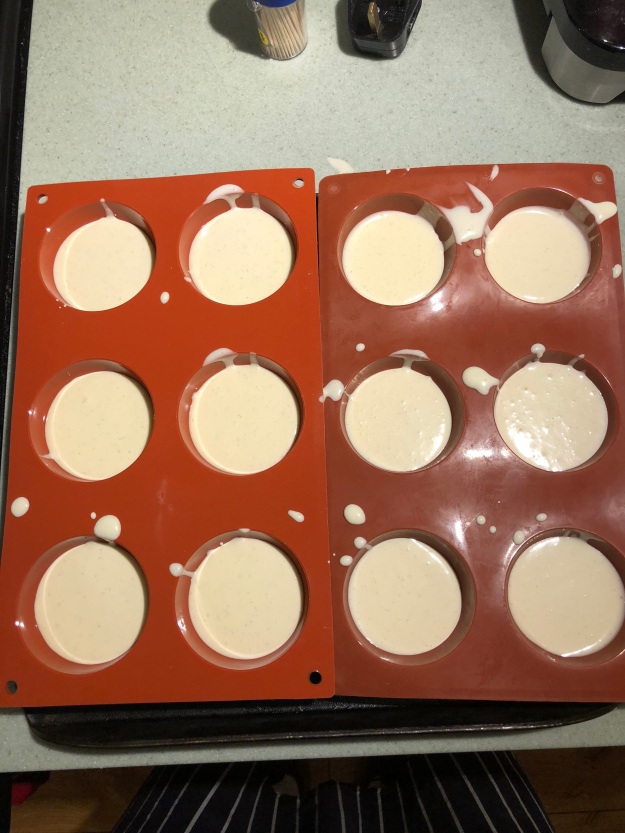 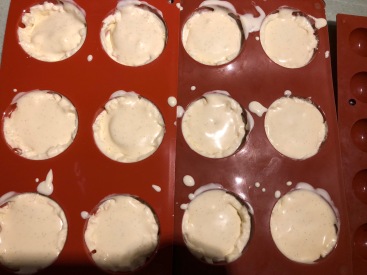 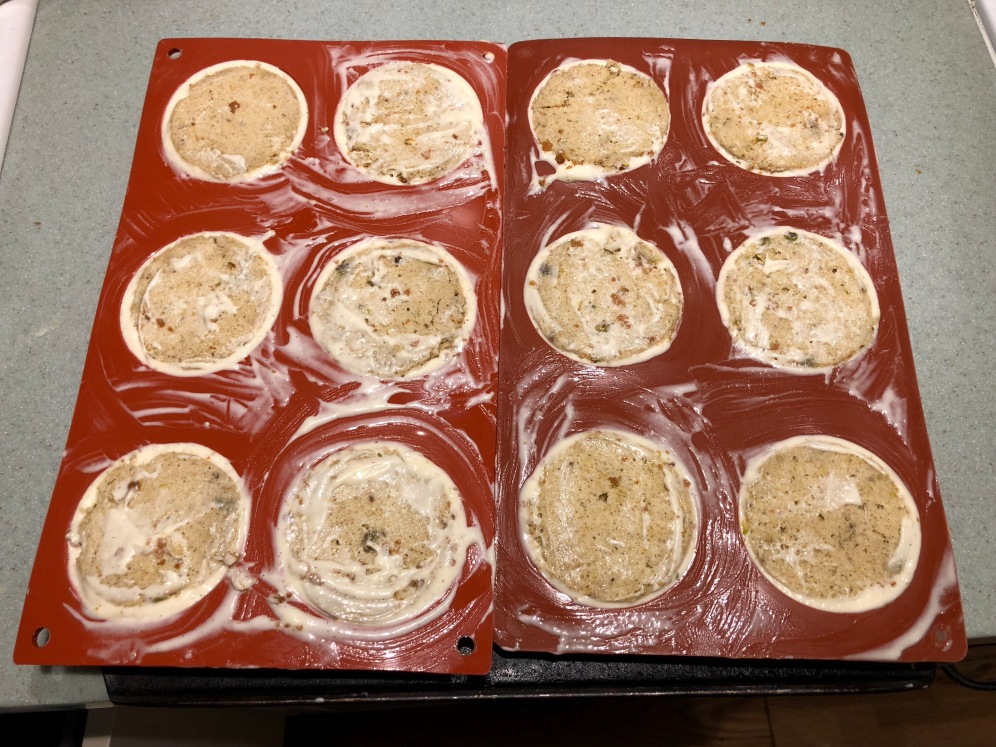 This one was my nemesis.  You make it once your mousses are fully frozen and then dip your domes into it, let it set and then glaze them with the Blackcurrant Glaze.

I have reproduced the recipe and suggest you use commercially bought inverted sugar if you are not confident your home made variety is right.  It is the gelatine, I have been told by the master himself, that whips up to form the marshmallow.  I ended up with a liquid glaze like mixture but what you should end up is a pliable sticky marshmallow mixture.  If you don’t get this, try adding more gelatine by soaking a few more leaves, heating up a bit of the marshmallow  and then stir the gelatine back in to dissolve it, add it all back to the main mixture and re-whip …. none of which I tried but it ought to work.

Instructions are all below.  the pictures show my thin marshmallow glaze – as I have already said it ought be thicker and less translucent. 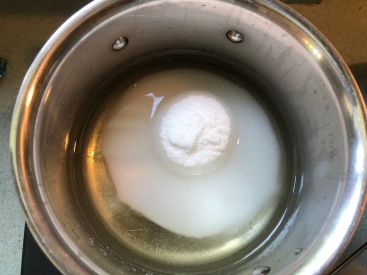